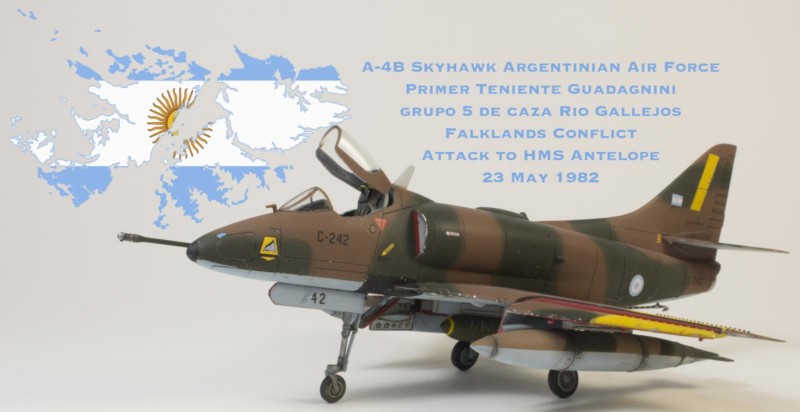 Hi all
I have decided to build an A-4B Skyhawk from Argentine Air Force during the Falklands conflict in 1982.
Politics aside, the conflict proved that skilled pilots can make a difference even when using an outdated, or inferior material. In this case the old and still reliable Scooter (Douglas A-4B Skyhawk).
This is a challenging subject, since the resources available are, quite often, not reliable or conflicting. I was fortunate to find an amazing tread in a scale modelling forum where the author (FAAMAN) made a comprehensive article (post) in regards to the Argentinian Skyhawks.
I have decided to built the A-4B C-242, as seen im late May 1982. It was flown by Primer Teniente (1st Lt) Guadagnini. Unfortunately he was killed on the the 23rd during the attack to HMS Antelope.
Following is the accounting for that day:

23 may 1982:
A flight of four Grupo 5 A-4B Skyhawks attack in two groups. The first attack is led by Capitan Carballo with Primer teniente Alferez Gomez flying his wing. They approach HMS Antelope fast and low over the water. The results of the attack are one 1000 lb. un-exploded bomb in the Antelope's stern. It is believed that the Skyhawk piloted by Alférez H. Gómez stroke Antelope with the 1000 lb. bomb that did not explode. (Later this bomb did explode while being defused, leading to further explosions that sunk the ship.) Capaitan Carballo's Skyhawk is severely damaged by AAA and an exploding SAM, and barely escapes a second SAM. Carballo's damaged Skyhawk makes it back to base and post-flight inspection finds a damaged fin on one of his drop tanks. This may have been caused by striking the mast rigging of the Antelope.
The second attack from this flight is flown by Primer Teniente Guadagnini and Teniente Rinke and results in another 1000 lb. unexploded bomb in the Antelope. Primer Teniente Guadagnini flying A-4B Skyhawk C-242 was killed when his Skyhawk was struck, mostly likely by a British Sea Wolf SAM from HMS Broadsword. 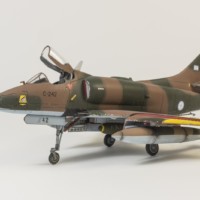 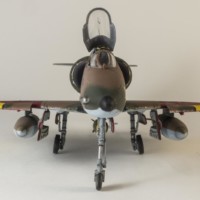 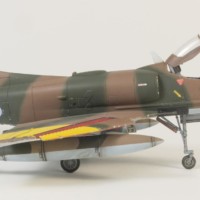 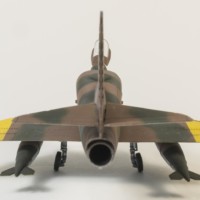 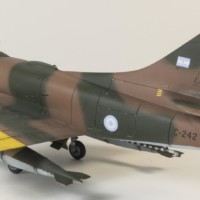 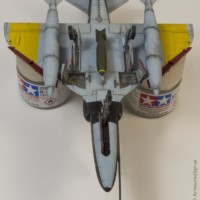 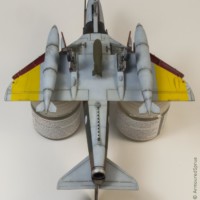 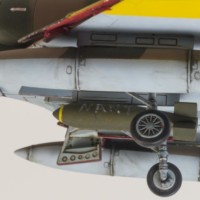 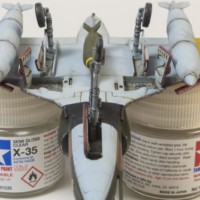 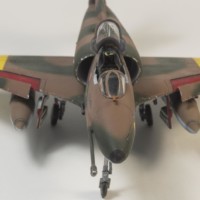 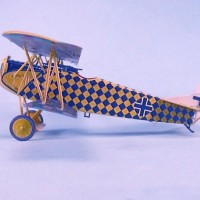 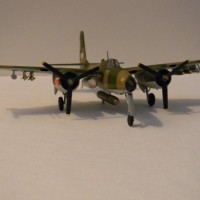 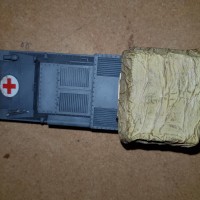 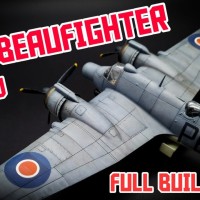