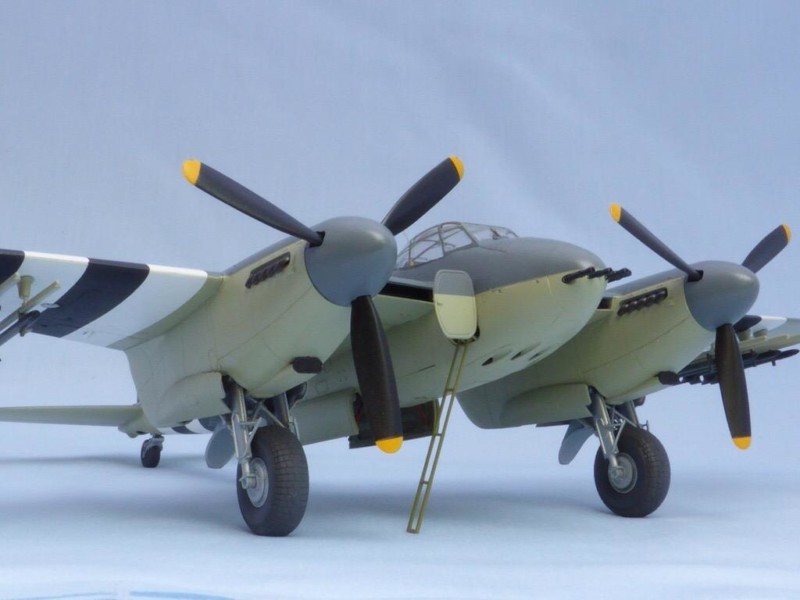 This is the Tamiya 1/48th scale FB Mk.VI Mosquito. I made both the FB Mk VI, and the B Mk IV when they were first released. The FB Mk VI was released way back in 1998. It is painted with Aeromaster acrylic. The decals are from Aeromaster Set 48-426 Mosquito Raiders Part 11. 248 Squadron, Banff Strike Wing. The starboard fuselage roundel has lifted a bit, and a crack has appeared around a panel underneath the fuselage. I had not discovered weathering at this stage, so no panel lines or exhaust stains have been applied. 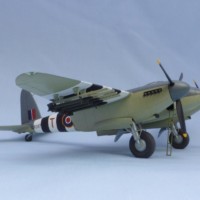 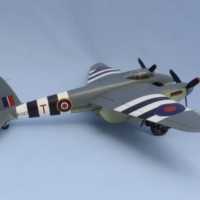 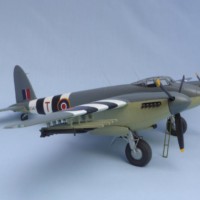 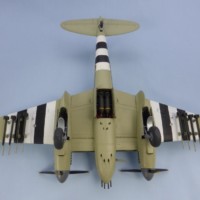 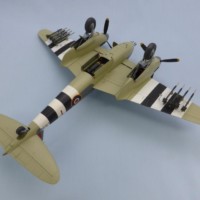 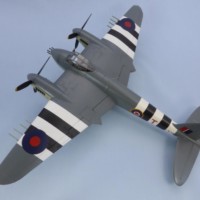 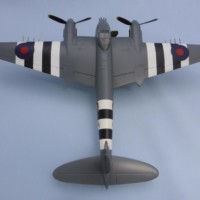 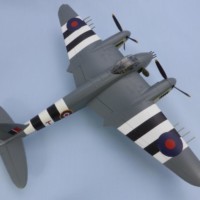 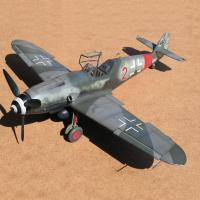 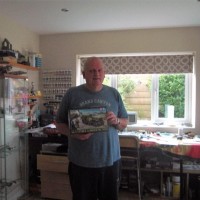