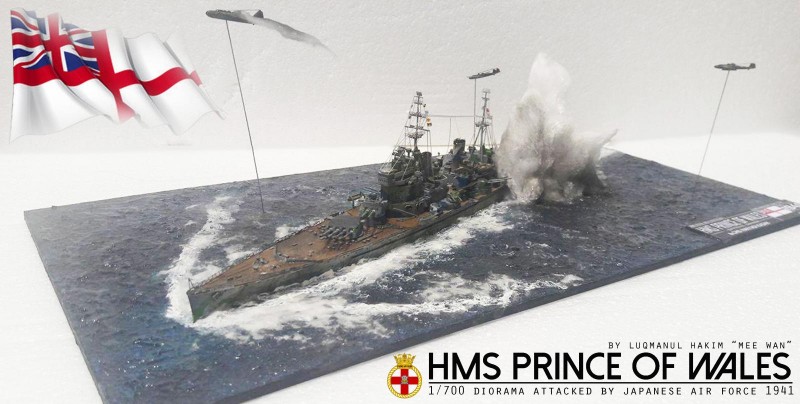 Construction : The construction of the kit is smooth and easy most of the fittings and plastic component fits well into their placement parts. Very little surface and filler is required in the construction stage of the kit which makes the assembly of the ship very fast. The deck and moulding of the battleship is fine with the Photoetch from Flyhawk is used to create more detail effect to the whole battleship which would increase its realism. Since its a diorama build depicting the attack of the Prince of Wales in Dec of 1941 the ship is attached to the modelling paste filled board base before the sea and ship is painted seperately to be more increase the clarity of the build.

Painting Work : The painting work of the camo of the Prince of Wales is made into four main colour the base colour is natural grey followed by sea gray blue and patches of light green camo colour finally small stripes of black and white stripes pattern based on the reference on certain pictures and actual reference photos.The deck is coloured with wooden deck brown and certain detailing works on the guns and railings. Once the basic main paint is done with weathering of battleship is done using AK Interactive rust set and tamiya accent panel lining which is faded using AK Interactive enamel spirit. As for the sea base diorama modelling paste is inserted on the sandwich board until it dries which takes about 2 hours. Then apply blue colour paint on the surface and wait until it dries. The next process is inserting the battleship onto the base and using Vallejo water texture to apply on the base for the glittery shiny water effect. Using cotton and white colour brush the wave is made base on certain generic wave reference together with the torpedo explosion effect. Last but no least inserting the bombers (Nell & Betty) used by the Japanese on the raid on Force “Z” using metal sprues.

Conclusion : Overall it was a stunning experience making the whole diorama I believe new lessons were learnt in this process of making it. I hope I did the best I could to depict the actual attack scene of the event which is very rarely documented in actual photos and model diorama. I hope that my diorama would be the pinnacle reference for others to help in their project of this battle scene. Thank you. 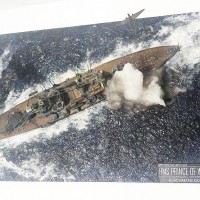 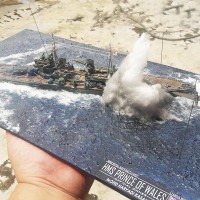 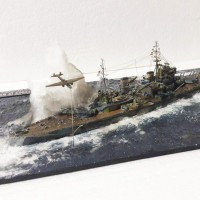 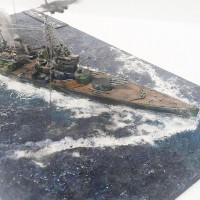 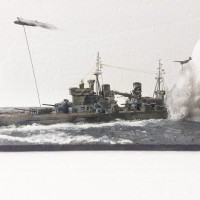 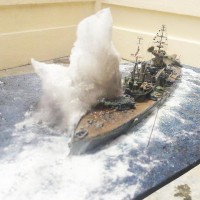 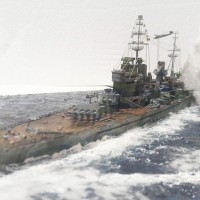 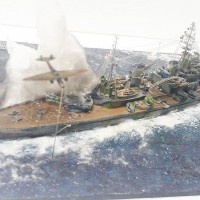 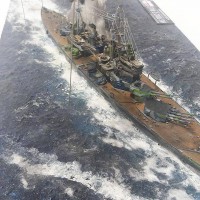 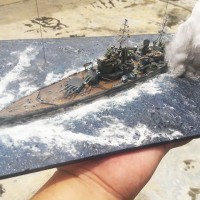 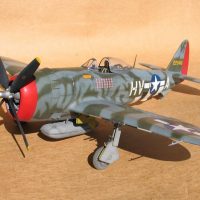 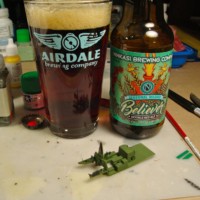 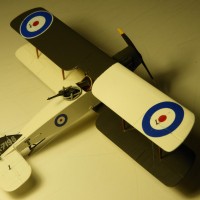