Man, this beast took over four moths to build. I worked on it at least 3 hours a night missing only about a week’s time. It required a considerable amount of effort with lots of parts and an over-abundance of detail- much of it lost when I decided to close a few panels up. I didn’t like the frosted clear plastic at all, and other than building another Horten, I would never ever build another kit like that again. I must say that I enjoyed using Mission Models Paints, and my only complaint with them would be that I generally find acrylics more difficult to clean up after than lacquers, but that’s just me. The model is resting on a temporary metal plate. There are magnets in the front wheel that hold the model down since it tail-sits. 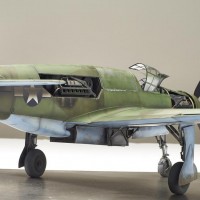 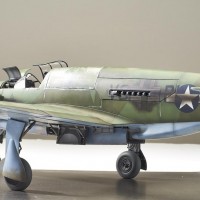 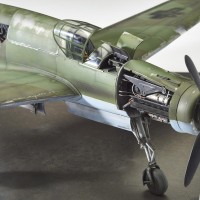 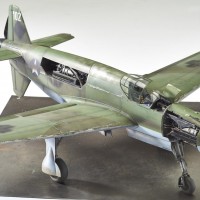 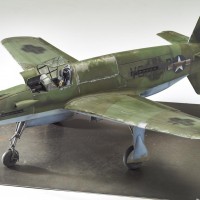 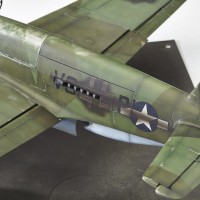 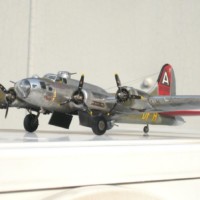 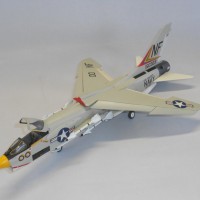 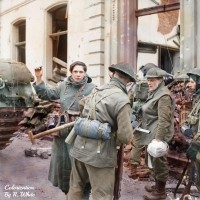