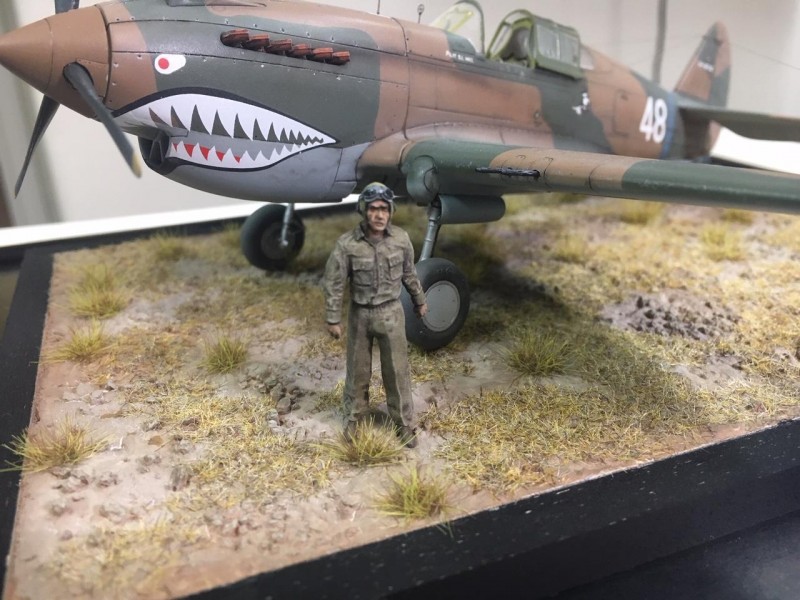 This is a nice kit but my problems started when I decided to put the Aires cockpit in it. It was not that great of an improvement to the kit parts and it was too wide. I sealed the fuselage and inserted it as a unit up through the wing opening. It’s too wide and spread the fuselage so when I put the wings on I had anhedral. I pulled it out and began grinding with a Dremel tool. I grinded both the cockpit parts and the fuselage interior. I got the dihedral to flat straight across and stopped grinding because I was afraid of grinding through the fuselage. So, In order to induce more dihedral I bent the wings using a hair dryer. It’s still a little flat but pretty close. Now, the problem is that there was no bend close to the wing roots and now the landing gear is canted in giving it a knock kneed look. I bent the landing gear as much as I could but it’s still not quite right. The lesson is not to add aftermarket stuff to replace good kit parts that you really can’t see anyway. The Chinese roundels from Airfix are wrong too. Too small in diameter and too few points on the Star. Of course I found this out after I put them on. So, this is Tex Hill’s plane 48 at Toungoo, Burma, in December, 1941. Hill totaled it in a bad night landing. 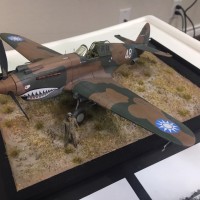 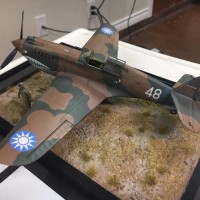 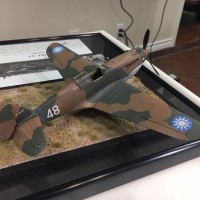 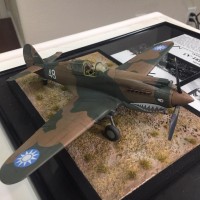 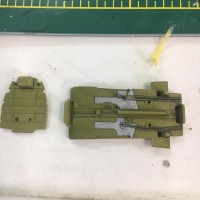 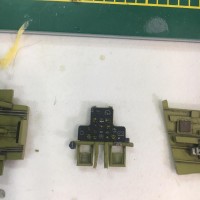 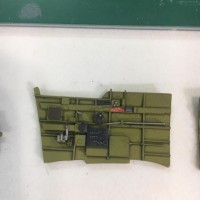 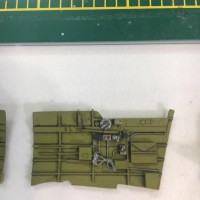 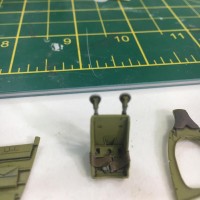 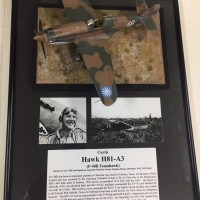 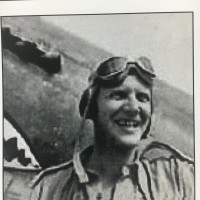 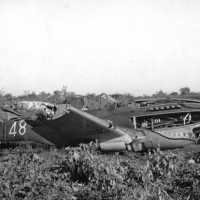 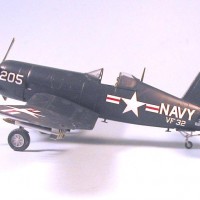 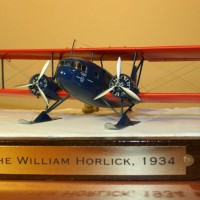 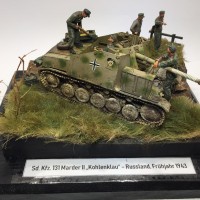 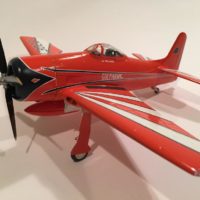