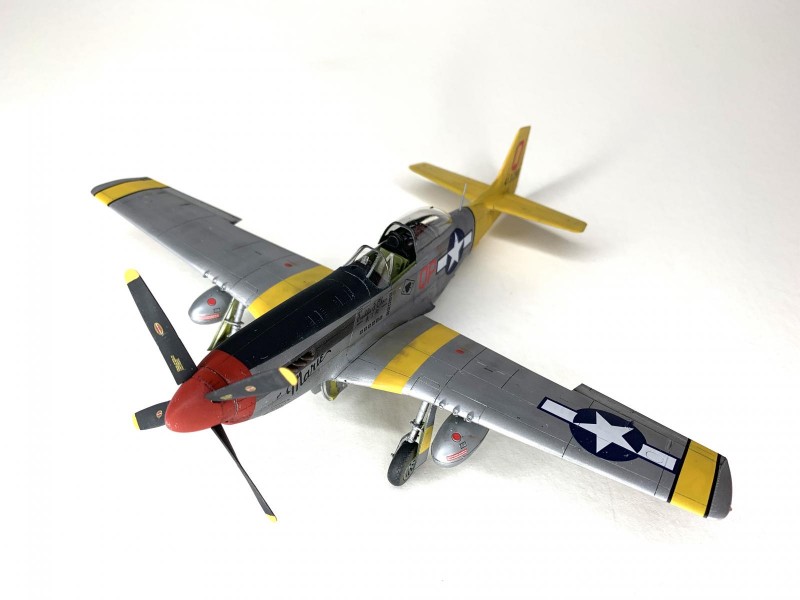 Eduard’s newer, more dynamic boxart rivals that of the top companies. The instruction sheet contains more color, though needs a little more proofreading. But each version getting its own color page for markings, and the chart designating which areas are bare metal and which are in an aluminum lacquer coating. The decals are Cartograph, and are exquisite as usual.

While nice and crisp, some do have a little bit of flash, and some short shot issues. The gates and land of the parts are second to none however.

The stressed skin effect was very well represented, and very convincing. Bravo! The other shapes looked spot on, no issues.

This is a P-51 Mustang. It created the Cool Factor. While the Spitfire may have been coveted beforehand, the desire, sexiness, the lust for a fighter didn’t arrive until the Mustang went into combat. It continues to this day.

Eduard took a while to release this kit, and didn’t seem to hurry up and get it out when Airfix got theirs out. And we really are spoilt for choice because of it. This is billed as a Block 5 P-51, but without the non-filleted tail. Which is accurate, as most Block 5s were field modified to add the fillet. But the one-piece fillet makes it obvious they will release a non-fillet tail in the future. Also, the inclusion of all three prop blades adds more possibilities. A P-51K can be built from this kit, as is also includes a Dallas canopy. There is also a camera port part, that goes unused, but it’s only one. I imagine there will be an F-5 photo recon release, or one that incudes it, in the future. One thing that still puzzles me is the way the prop gets added to the cowl. The peg for it isn’t long enough to insert in the poly cap just inside the nose.

I take point away here for one reason: the fit is too good. There is absolutely no wiggle room in the parts. And I think that contributed to the fact that I misaligned the cockpit pieces, and it made the wing fit a little more difficult.

Detail is fantastic. Without a doubt, the most detailed 1/48 P-51 to date, just topping the Airfix kit. Although the Airfix kit has some questionable areas of rivet lines. This isof course the Profipack kit with the color PE. For those that have wanted a Mustang with a smooth wing, this is it.

Just a tick off for the fit that’s just too tight. Other than that, It was an absolute delight to build.

Just because this kit costs about $20 more than the Airfix kit, I take a point off for value. Fun Factor: 10

This was an absolute delight. Enjoyed every minute of it.

This is a Grade A kit. Most detail, but you do pay a premium. 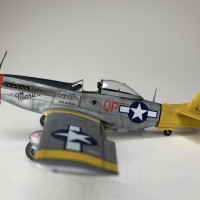 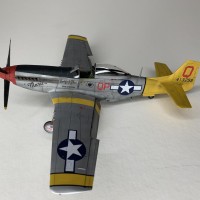 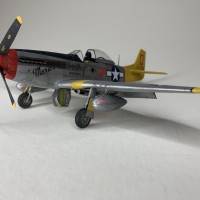 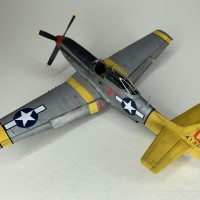 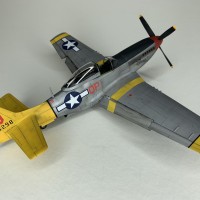 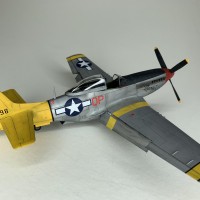 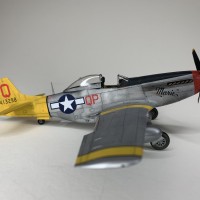 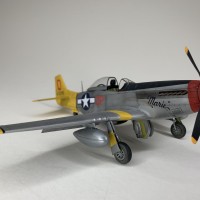 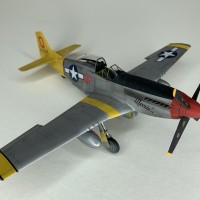 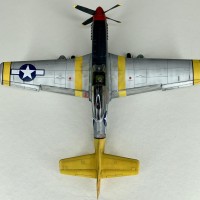 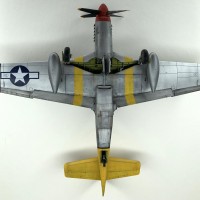 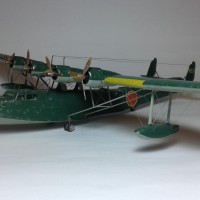 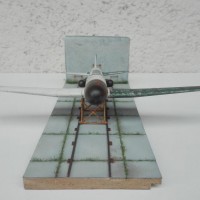 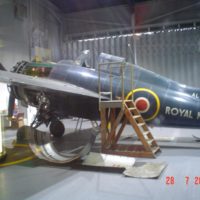