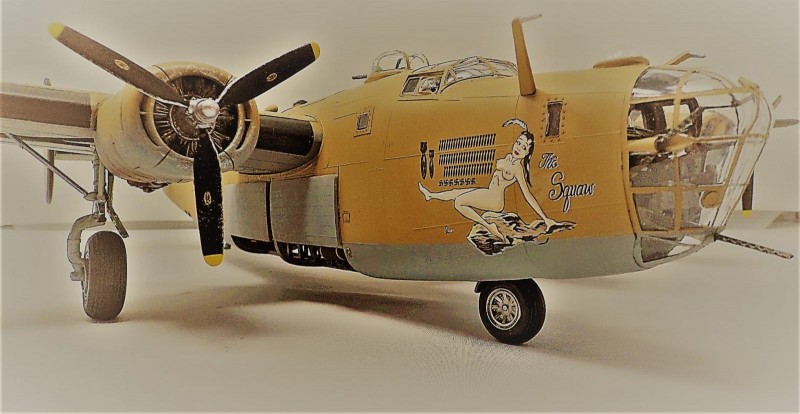 It had been years since I built a Monogram B-24D. After reading about the Ploesti Raid of 1 August 1943, I decided on the “Squaw”. It survived the raid and went to do a Bond Tour. Naturally, the naked squaw was redone and the Snow White Dwarf Character was covered with a map of the Mediterranean Theater of Operations. (MTO). The Squaw was part of the 343 Bomb Squadron, 98th Bomb Group, 9th Air Force operating out of Benghazi, Libya. Flown by Lt Royden L. Lebrecht on the Ploesti Mission.

The Decals are from “Kitsworld” and went on quite well and looked the part. The kit I used was a later release under the Revell Label and was basically the Pro Modeler sans P.E. I got it at a Swap Meet in Glendale AZ for $20.00. I couldn’t pass it up.

Construction followed the instructions and went together fairly well considering the age of the kit. I decided to have some fun and used sheet styrene for the seat pads, added arm rests, used 2mm AIZU tape painted neutral gray for the seat belts, some PE buckles from a Lancaster model and Testors Model Master Medium green for the flooring. I painted the IP Tamiya Burnt Iron and picked out the details by dry brushing. After X number of moldings the details aren’t as crisp as on an early release so it looks a bit “muddy” compared to an earlier release of the kit. But; not much can be seen once it’s buttoned up but; “I know it’s there.” I painted the aft bulkhead a wood grain to add some interest and had seen a lot of varnished wood in the B-17 at Falcon Field in Mesa AZ. I wanted to display the bomb bay open so added the bombs and had the doors open. I painted the bombs yellow, using AIZU tape masked off the stripes, (a bit crooked) then painted OD and installed. I picked out the detail in the bomb bay painting the oxygen tank yellow, dry brushed the hydraulic lines and called it good. To dress up the engines I drilled over 200 holes and went through about a dozen drill bits and added copper wire for the ignition wires. Not clearly visible but it does show and adds a bit of interest to the otherwise pretty plane engine faces. Some plastruct channel cut to size, painted black to represent a distributor or some other piece of engine gear added a bit of interest as well.

I did leave the rear gunner doors open with the guns in a stowed/ready position. I mixed up True Color RAF Sand and some other color to achieve the color I wanted and painted the model with the underside Testors MM Neutral Grey. I did add some brake lines using brass wire and AIZU tape for the retaining clamps and “Bob’s Buckles” eyelets for the two rings on the main gear, albeit a bit under sized they are there. I drilled out the exhaust ports, did some pin washes and called it good. The fit of the nose glazing was a bit of an issue and I am not happy with it, but, it’s not a contest entrant and I like it, so it’s good for me. I added a bit of PE to the dorsal turret gun position to add some interest there as well. The aft Consolidated A-6 is in two parts. I did sand the seam and polish but, it’s there and that’s the way it is. There are some after market turrets but I didn’t use them as I didn’t like them. This kit came with the ubiquitous CLETRAC tractor and after painting displayed it in the photo’s to add some scale to the model. I am not a figure painter but am working on the figures that Monogram included in these kits. All in all I was happy with the way it turned out and went on to build three more. 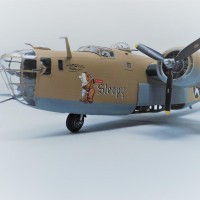 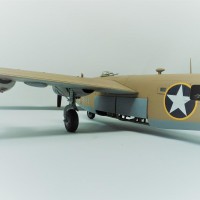 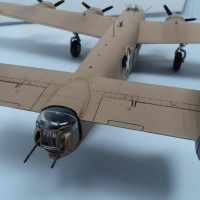 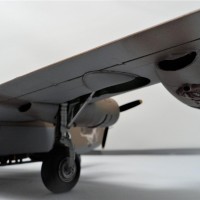 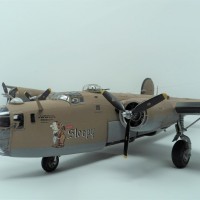 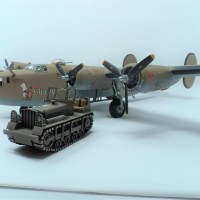 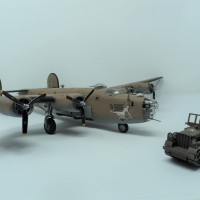 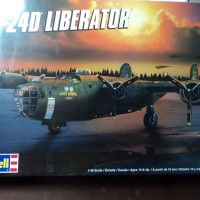 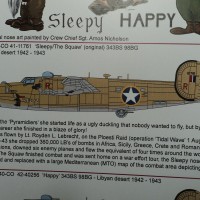 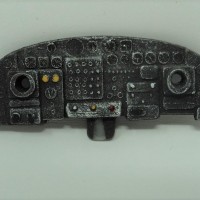 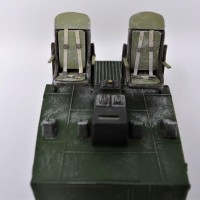 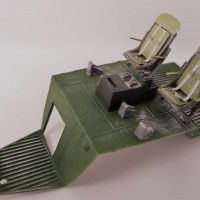 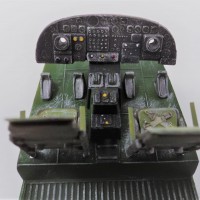 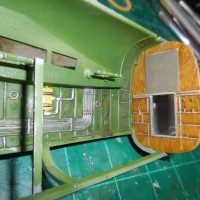 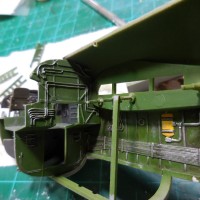 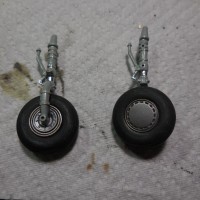 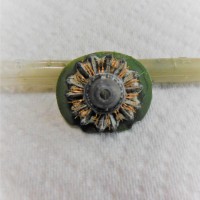 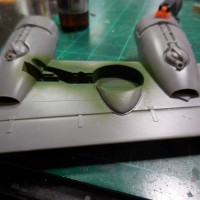 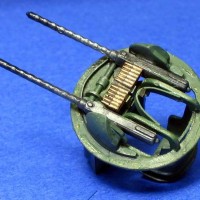 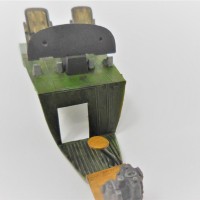 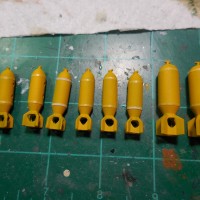 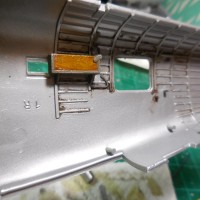 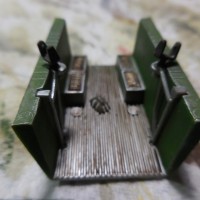 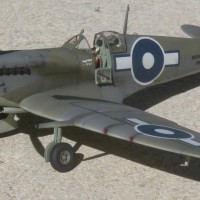 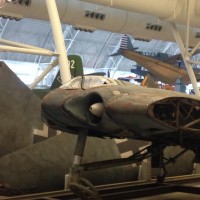 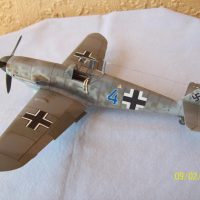 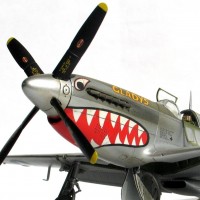