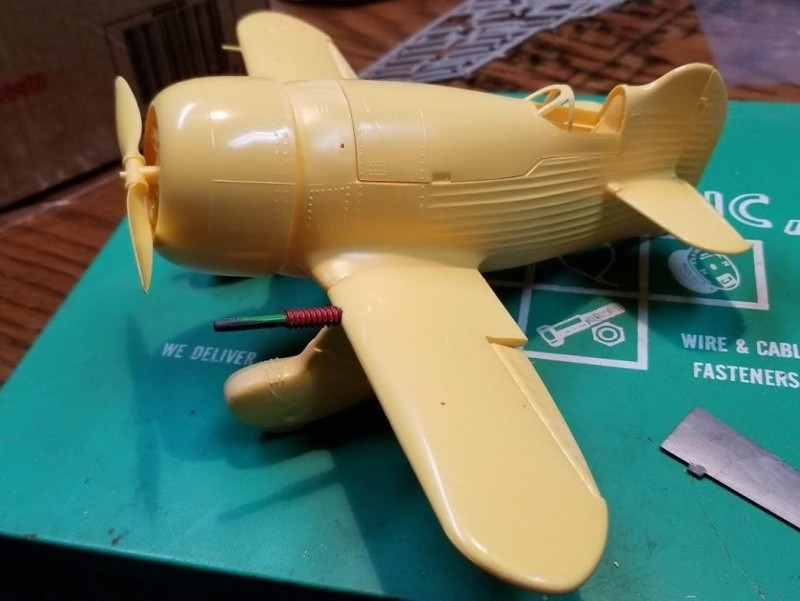 So..
Found this horrible Lindberg kit at a discount store.
I have long been fascinated by the GeeBee, and this kit was like candy to me. Could NOT resist.

I imagined it would be amusing to build this kit in a dystopian sort of Mad Max mashup that puts the Gee Bee in the style of the Russian I-16. However, I wanted it to also have a more modern diesel-punk, or Cyber-punk feel, so it has some silliness that looks vaguely tech-ish too.

I added guns to the wings from the parts bin. I am pretty certain they started life as the shocks from a monster-truck kit I found somewhere. The wing bulges are panels and whatnot added from the parts bin and smoothed with Tamiya putty

The rocket pods are from a 1/32 scale Huey, Monogram kit I think.

I added a duplex gunsight on the cowl, and an interesting bit of tech just aft and offset from the gunsight that could pass for a passive IR device, laser designator, or maybe its the space modulator, I dunno, I just though it looked cool there.

I really dig the Luftwaffe paint schemes from WW2, so I played with some BF-109 or FW-190 style camouflage using British colors, Mostly because that's what I had. I gloss coated the whole thing to add decals and decided I like the shiny look, so I sealed it with more gloss coat.

The decals are an assortment of stuff that amused me. The rondels are WW1 Fokker, everything else is random stuff from the bin, with a few of the kit supplied markings for added humor.

The Kit is short on details, fits pretty atrocious, and scale seems to be more of a suggestion than a certainty. BUT... It did go together very easily, if you dinna mind panel gaps, odd fitments, and so on. The kit appears to have been once intended to be motorized. This seems to have been a thing with Lindberg models, but this one has no parts for that feature, just odd fitments and the cowl over the fuselage, forward of the canopy was designed to snap fit, and lift off. The livery of the kit is for a Coca-cola design that I could find no evidence of having ever existed. The decals were pretty good, but I have no intention of using 95% of them for this build. The guides for the scalloped paint job on the wings and fuselage were molded right into the surface. The kit also included a length of stainless piano wire, ostensibly for the wings and landing gear bracing. The wire is way too small, impossible to tension, and generally more trouble than it is remotely worth. I will make the wires out of sprue, and toss the stainless in the parts box.

I cut the cowl from the original molding as it would have been impossible to add the canopy after painting the fuselage otherwise. The canopy fits remarkably well, I just didn't want to mess with taping off the clear bits.

Decided to forgo the wing wires as too fiddly for the effect they give. 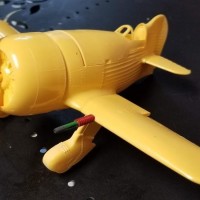 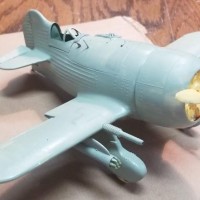 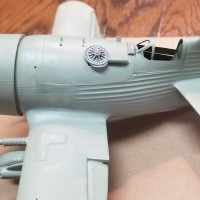 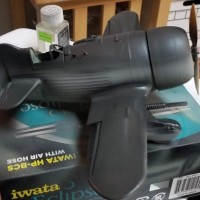 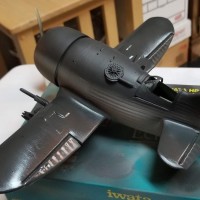 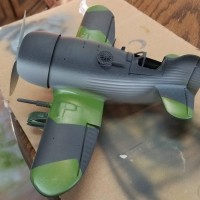 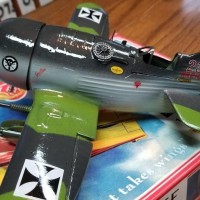 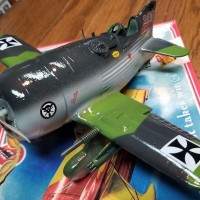 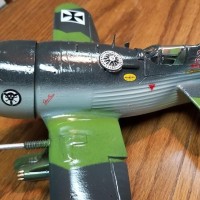 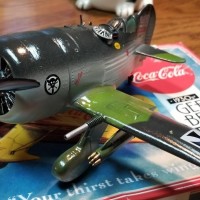 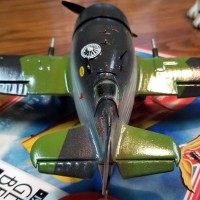 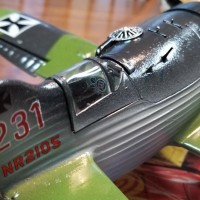 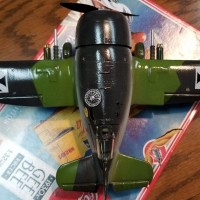 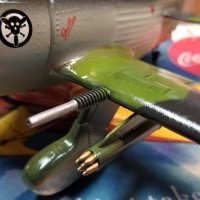 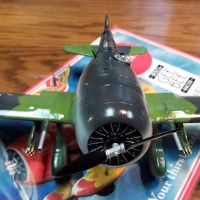 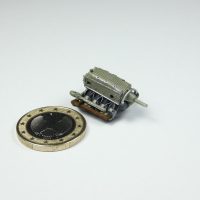 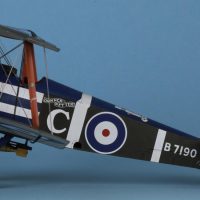 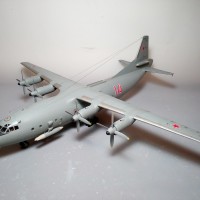 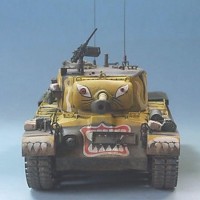