Denis Barnham's book One Man's Window (later reissued as Malta Spitfire Pilot - crappy retitling!) was the best book I've ever read about being there.
L - R Revell JU-88 (not many were desert camo), 20thC Toys Macchi Veltro converted to Folgore (strange kit, but not many choices out there!). I tried to make this Furio Niclot Doglio's machine which fell to Beurling but 1/32 aftermarket Italian decals are as rare as Folgore/Veltros! I love the pouncing cat logo.
Trumpeter BF-109F non trop, Hobby Boss of Denis Barnham's Mk V Trop (although it should have 4 x 20mm Cannon). Aftermarket blunt spinner.
That old Malta Spitfire colour scheme debate! 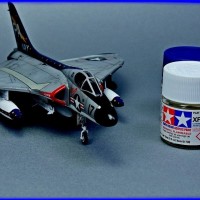 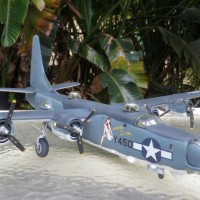 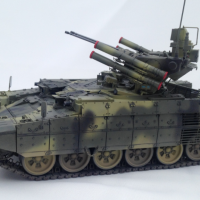 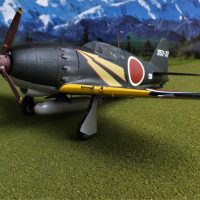