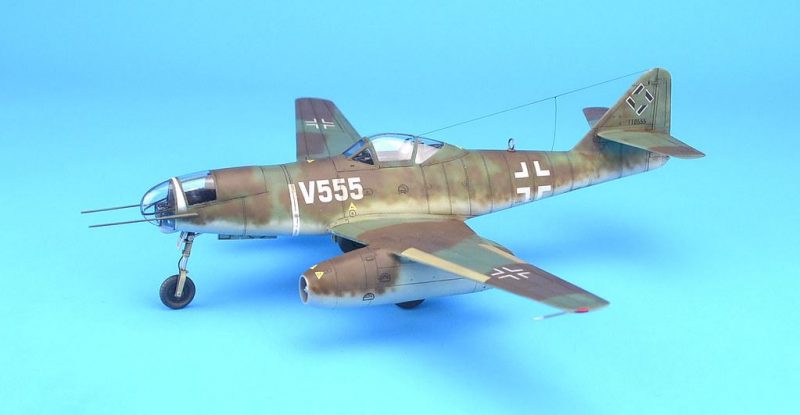 And my dad has finished the next 262.
Hobby Boss kit, painted with AK Real Color RLM81/82/76, EZ line for antenna wires and brake lines. The kit includes decals for both prototypes. I don´t know why but HB printed the "V555" decals too large. Found no suiting replacement decals so my dad used the kit ones. He could have built "V484" too but there is only one half-frontal pic of that aircraft but a bunch of fotos of "V555". My dad prefers to have as many pics as possible of the original subject, so he built "V555". It seems this aircraft never had bomb racks mounted. On the pics you can see a box shaped apparatus? measuring device?, no clue what that thing was and how it exactly looked but my dad scratchbuilt a piece.

As mentioned, two Me262, V484 and V555, were converted to a bomber with a cabin in the nose for an extra bombardier who lied on his belly, flying the aircraft during the final approach.
V555 was converted in January 1945, testflights began in February. Besides the glass nose, also a new autopilot, the "Baldrian" acoustic radar and windshield heating was tested. By the end of March, the aircraft completed 22 flights. On April 24th, the Lechfeld airfield was abandoned and V555 was transferred. Most probably from München-Riem/Germany to Hörsching/Austria and around May 4th to Prague-Ruzyne/Czechoslovakia. A few days later it was flown to Zatec/Czechoslovakia were it was captured by US troops on May 8th. 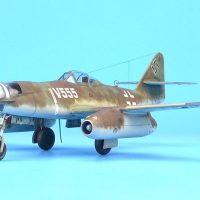 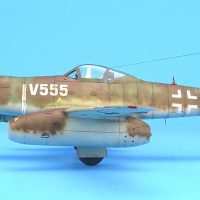 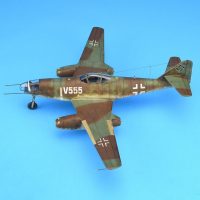 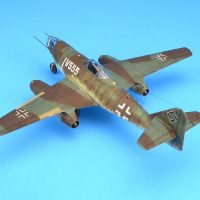 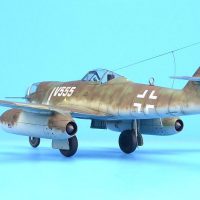 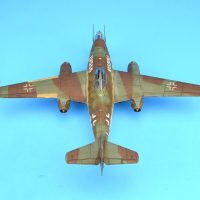 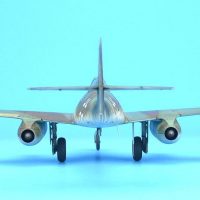 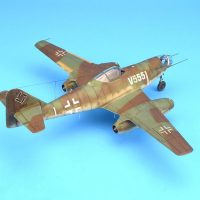 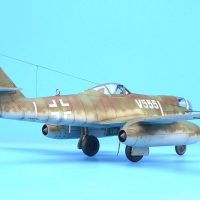 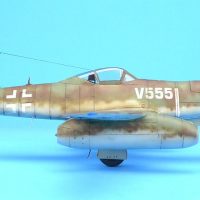 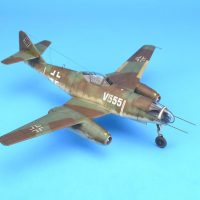 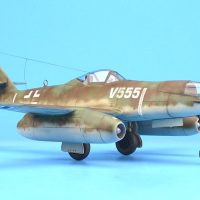 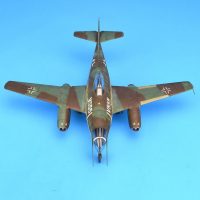 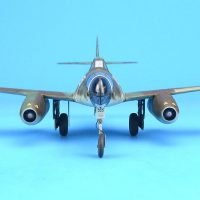 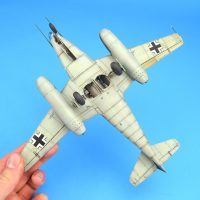 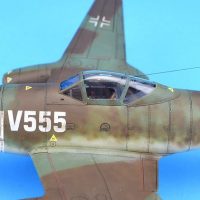 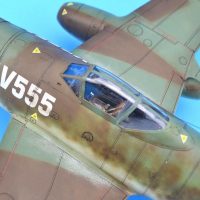 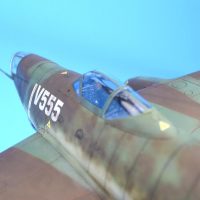 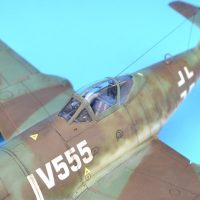 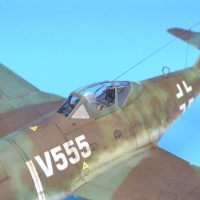 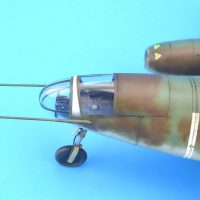 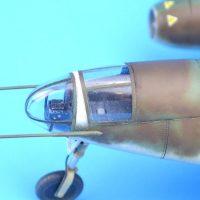 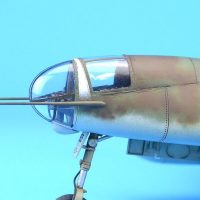 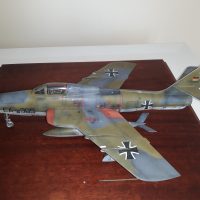 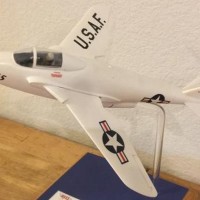 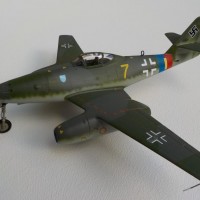