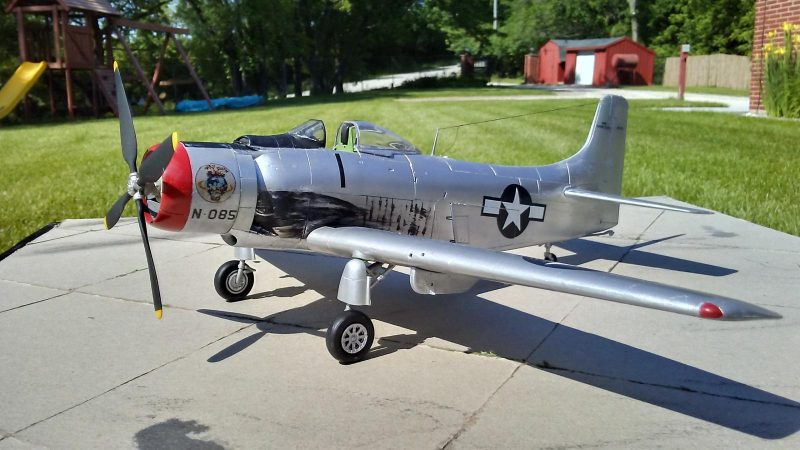 In this article I must confess to a bit of profound ignorance. Up until recently I was under the mistaken belief that the dive-bomber concept was obsolete by the end of WWII. I thought that the rise of powerful fighter aircraft carrying bombs and rockets, like the Corsair, rendered the need for dedicated dive-bombing aircraft redundant (see my article on My Corsair Family). While I am a fan of aircraft of all periods, my focus has always been WWII and the Golden Wings era, only having a passing knowledge of post-WWII aircraft like the Skyraider.

In recent months, though, I had been studying the dive-bomber aircraft of the late WWII period, and I discovered, to my surprise, that the Douglas Skyraider first flew as early as March of 1945 - and it was developed as a dive/torpedo bomber! And not only that, but it was originally called “Dauntless II”! The Skyraider was the end product of Douglas’ efforts to replace the venerable SBD Dauntless, which encompassed the development of the SB2D Destroyer (which entered production but did not see action in WWII), and the XBTD-1 which was not adopted by the Navy. Originally developed as the XBT2D-1, The Skyraider served in the dive-bombing/ground attack role through both the Korean and Vietnam conflicts, establishing its reputation as a first-rate dive bomber. Skyraiders even carried out the last aerial torpedo bombing mission in history on May 1, 1951 when eight aircraft from the carrier Princeton attacked the Hwachon dam in North Korea.

I think I was thrown off by the fact that the Skyraider no longer employed the bomb crutch under the centerline - a standard feature of dive-bombers since the crutch was developed back in 1932 for the Martin BM-1. The new aircraft used explosive charges to separate the centerline bomb from the aircraft and prevent it from striking the propeller as the aircraft pulled out of the dive. Also, those interesting flaps inside the engine cowling of the Skyraider were a new innovation for dive-bombing - the flaps were closed in a dive to prevent the engine from cooling too quickly and cracking a cylinder.

Even though I already had Monogram’s model of a Vietnam-era Skyraider, I determined I would build a model of the prototype so I could round out my dive-bomber collection with a WWII-era Dauntless II/Skyraider - the ultimate dive-bomber.

Fortunately, the overall profile of the prototype didn’t change very much from the later models, so I started my project by purchasing a Tamiya A1-H kit. Quite a few modifications were required, however, and most of those are listed in the annotated photographs of the fuselage and wing. Additional changes included swapping the landing gear from a Tamiya F4U Corsair (as the prototype Skyraider did so), scratch building 4-place exhaust pipes on each side from brass tubing, reshaping the kit-provided bomb racks to look like the older style, and custom-made decals for the cowling and rudder. The national insignias conveniently came from the Corsair kit (some day I’ll have to build a civilian, wheels-up Corsair!). I finished my Dauntless II in Testors metallic silver, which I then buffed out with toothpaste and a damp cloth, to take down the shininess and introduce some variations in tone. I didn’t really want to risk changing the look of the finish with a clear coat, and since the decals went on well with no shine to them, I decided to skip the clear coat altogether. My representation of the XBT2D-1 Dauntless prototype is not completely accurate, as the dimensions of the prototype are slightly different than the later models, and I didn’t have a way to replicate the straight-sided canopy, so mine retains the more-bubble-sided canopy of the Tamiya kit. Other than that, I am quite happy with how the project turned out, and I hope you enjoy my XBT2D-1 Dauntless II! 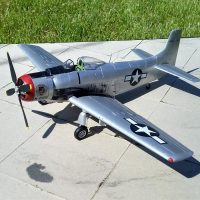 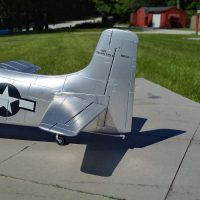 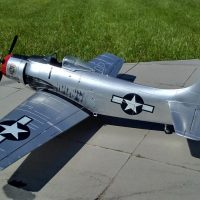 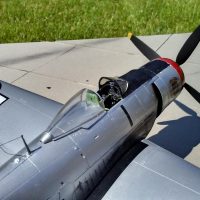 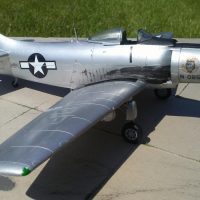 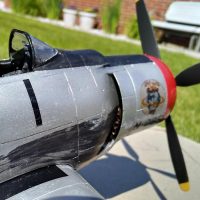 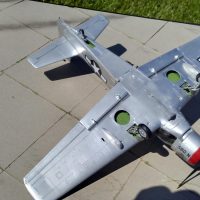 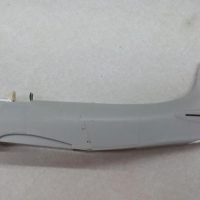 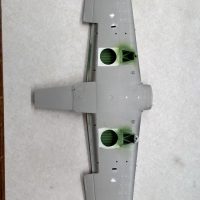 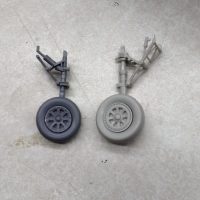 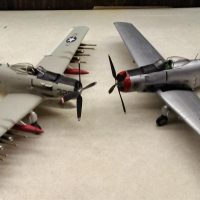 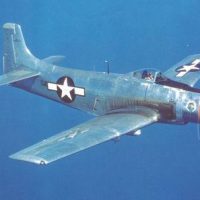 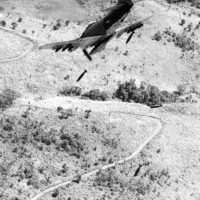 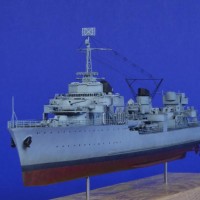 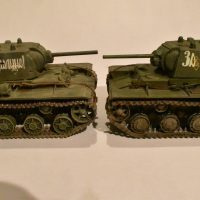 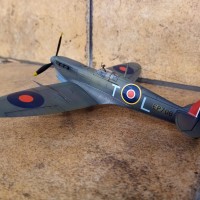 Eagle of The Malta
Lis 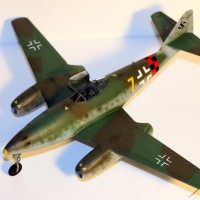