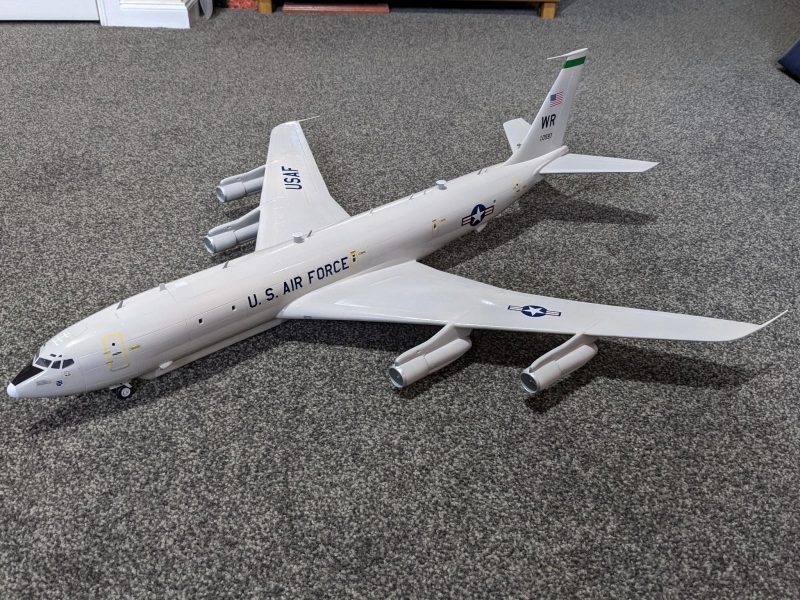 EBU flew with QANTAS as City of Broken Hill, City of Wollongong and City of Parramatta and was cancelled from the Australian Aircraft Register on November 03, 1976 after flying just over 32,283 hours for QANTAS.

The aircraft was badly damaged during an air-to-air refuelling accident over Qatar on March 13, 2009, the number two fuel tank ruptured in flight due to over-pressurisation causing extensive wing damage. It made a safe emergency landing at the Al Udeid Air Base, Qatar. The estimated cost to repair the damage was around $US 25,000,000 and was deemed to be uneconomical to repair and was therefore declared a 'write-off'.

The cause of the accident was traced to a civilian subcontractor who inadvertently left a test plug in the fuel vent system which occurred during programmed depot maintenance. As the aircraft was only in the air for a short period of time before the air-to-air refuelling took place it had not burnt off enough fuel from the number to tank that would have allowed the 'dive flapper' valve to open when the over-pressurisation of the fuel tank commenced. The aircraft was reported to have been broken up at Al Udeid Air Base in February 2012.

This is the 1/72 Airfix E-3D kit converted to an E-8C using the Flightpath conversion set and Decals by Wolfpak. 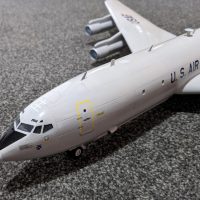 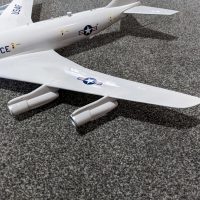 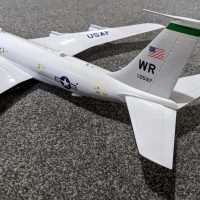 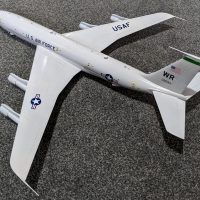 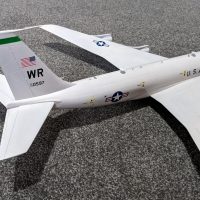 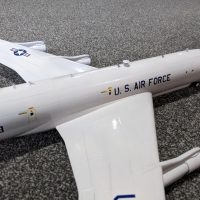 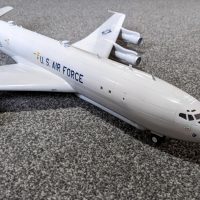 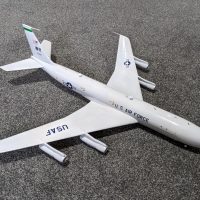 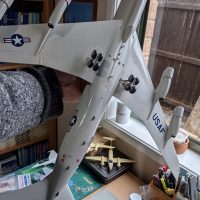 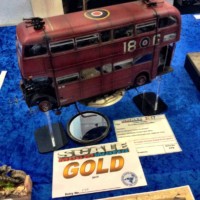 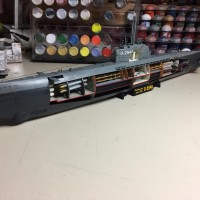 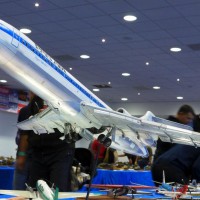 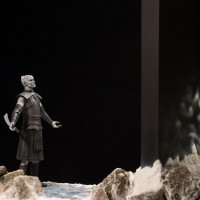