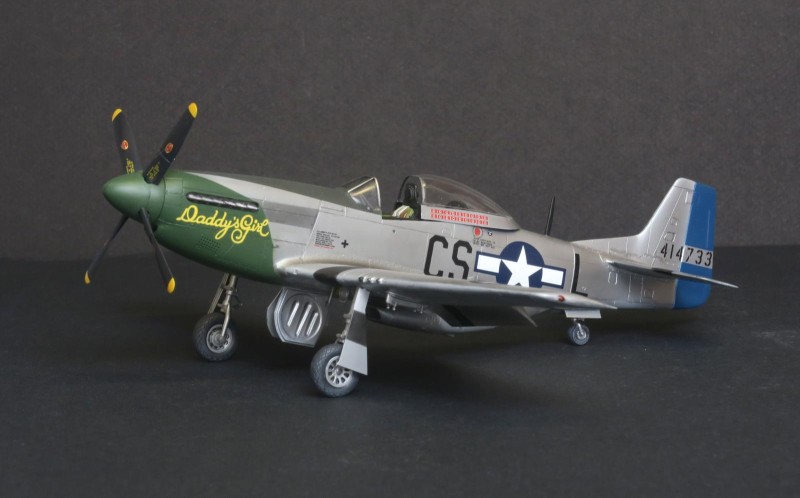 I've been hoarding this kit since the time it was probably the best 1:48 Mustang. Now we have modern new kits like Airfix and Eduard, so I figured I'd better build it before it becomes irrelevant. I had also picked up a couple of Aeromaster's sheets from their series Green Nose Mustangs of East Wretham and so wanted to do one of them. I actually ended up using a single-plane sheet from Fundekals for Ray Westmore's "Daddy's Girl" of 370th FS, 359th FG based at East Wretham, UK in late 1944. I went with this particular plane because I liked the combination of the green nose and blue tail (not offered on any of the Aeromaster sheets), and I was able to find several period photos that helped with some detail decisions. I did use Aeromaster decals for the national insignia.

The Tamiya P-51D is generally a pleasant build with not too many vices. I added a few aftermarket items: a True Details resin cockpit, and Quickboost resin flaps and exhausts. Photos confirmed that the plane had unshrouded exhaust stacks when they were taken. I also substituted prop blades from Ultracast for the kit items. They're shaped better, but they were a pain to align evenly.

About the only real issue with the kit is the clear sliding canopy: It's a separate piece from the lower frame, and it's virtually impossible to cut it from its sprue without leaving a very visible blemish that goes all the way through the plastic and therefore can't be eradicated. Believe me, I tried — twice — without success. My solution was to use a Squadron vacuform canopy and cut the clear section away from the frame. It took a couple of attempts, but I think the end result looks a lot better.

This was the first P-51 model for which I puttied and smoothed the wing panel lines. I used Bondo, followed by Mr. Surfacer 500, smoothed out with sandpaper and Micro Mesh polishing cloths.

I decided not to mount drop tanks because the parked plane in one of the photos didn't have them either. However, I did pirate the sway braces from a derelict Hasegawa kit to dress up the pylons a bit.

On to the painting phase. All the metallic areas are various shades of Alclad II: RAF High Speed Silver for the puttied/smoothed wing areas; Duraluminum for the ailerons, flaps, stabilizers and most of the fuselage; White Aluminum for the fabric elevators and unpainted bits of the rudder. For the darker panels in the fuselage (e.g. around the exhausts and above the turbocharger outlet) I applied light, misted coats of Burnt Metal Carbon until I achieved the degree of discoloration I wanted. I also did some post-shading around the machine gun panels on the upper wings to dirty them a bit.

There are a couple of period color photos of 359th FG planes, so I was able to get a rough idea of the green and blue. For the green I started with Mr. Color Euro Green 34092 and added a little Medium Green 34102. For the blue I started with some Pactra Royal Blue mixed with their Insignia Blue (Pactra's got to be the longest lived paint I've ever encountered) and added a bit of Model Master Non-Specular Sea Blue. The color photos showed a very dark OD for the anti-glare panel, so I used Model Master ANA 613 darkened with a dab of black.

I applied the decals directly to the Alclad finish (no gloss coat). The Fundekals went down just great, but I had some trouble getting the port upper wing insignia to lie down over the raised fairing. I first went with Aeromaster printed by Cartograf, but the marking broke before it stretched sufficiently, so I removed it and used a decal "printed in Mexico," with better results. Once decals were done I treated the panel lines with Tamiya black Panel Line Accent Color. I also applied a light coat of Mr. Color GX Clear Flat to the wings to bring down the sheen of the High Speed Silver. I was worried it would spoil the metallic effect, but it came out quite okay. 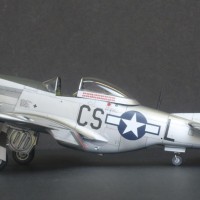 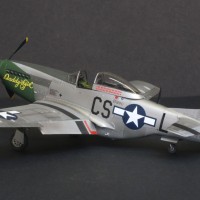 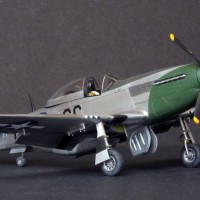 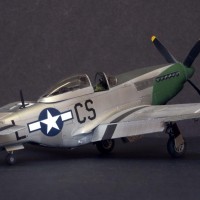 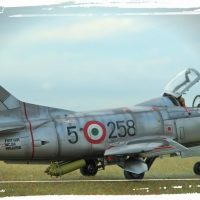 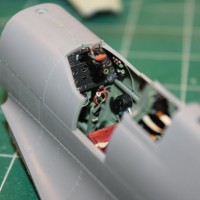 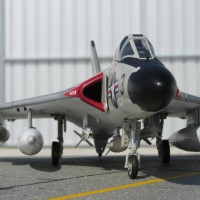 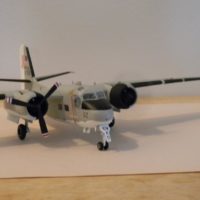