Zlin Z-226MS OK-LMG or: what is Galland's fierce mouse doing on an entirely peaceful plane? 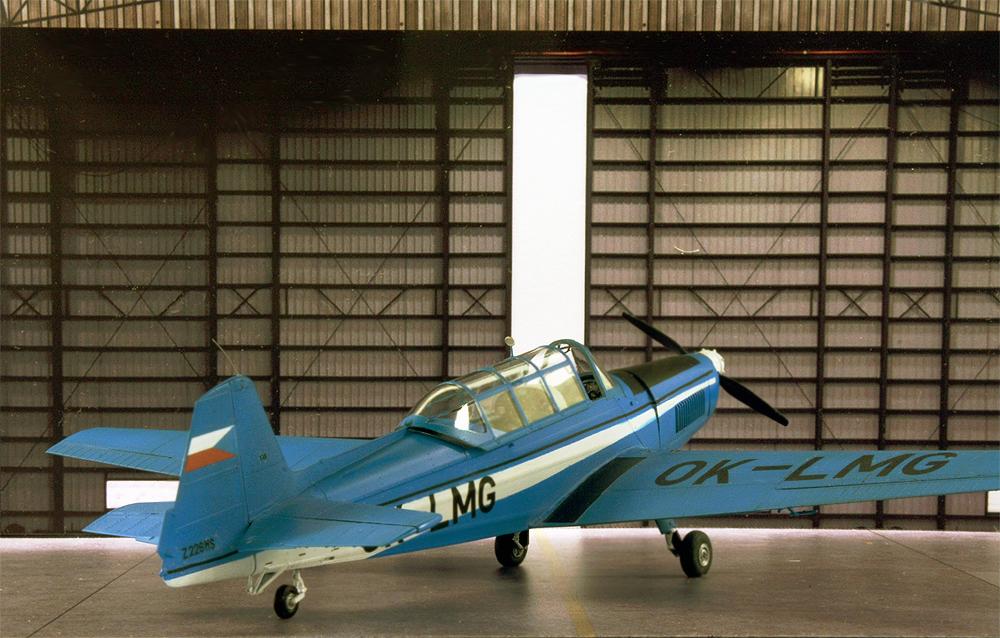 The Zlin 226 shown here is the second model of a parallel built "Dual Combo" kit from Eduard. For the presentation of the first model I read a little bit into the type history of this long-lived Czech classic of aviation, already at that time I found the history of the manufacturer Zlin exciting This article on the second Z-226 I would therefore like to start with a few words about the aircraft manufacturer Zlin/Moravan.

The Z-226 and the aircraft manufacturer Zlin
At the present time, the company trades under the title "Zlin Aircraft a.s. Otrokovice". This is a young name, which the manufacturer has only been using since 2009. Three years before that, Zlin had been taken over by the Irish QucomHaps Holdings Ltd. with the aim of bringing the aircraft manufacturer, which had fallen into severe business turbulence after the end of the Eastern Bloc, back into the black.

Looking at the beginning of the company's history, one has to delve much further into the past. Aircraft production in Otrokovice in the eastern Czech Republic can be traced back to the industrialist and aviation enthusiast Tomáš Baťa, who initially founded his own airline in 1924, i.e. without producing any aircraft. The idea of an airline must have been well received, because the airfield on the company's premises soon became the largest private airfield in the world at that time.
From Otrokovice, the transport of people, luggage and freight was offered as well as sightseeing flights.

From 1933, the airfield, which belonged to the Baťa Group, was not only used for flying, but also for the production of aircraft. At first, gliders from other manufacturers were built under licence, but from 1934 onwards, aircraft of the company's own design were also produced. Among them were highly successful types such as the Z-IV glider, 174 models of which were built, but also motorised aircraft such as the Z-XII sports plane designed by the engineer Jaroslav Lonek were designed and built here under the "Zlin" label. Incidentally, the name Zlin refers to the Zlin district of the town of Otrokovice.

Lonek had to leave the company and flee after the annexation of the CSR by Nazi Germany. The aircraft manufacturer Zlin was quickly incorporated into the German armament after 1938 and now produced for the new masters under the new name" Zliner Flugzeugwerke A.G". The engineer Karel Tomáš, who joined Zlin shortly before the German occupation, was able not only to supply the German armament but also to push through the further development of his own designs - such as the twin-engine Z-XX, which continued to be built after the war. By the end of the war, 284 Klemm Kl 35s and 786 Bücker 181 Bestmanns had been produced for the German occupying forces.

The new beginning in the new state of Czechoslovakia after 1945 brought the nationalisation of the company and its renaming as "Zlinavion" and, a little later, "Moravan". It was under these circumstances that the Z-26 "Trener" was launched in 1946. This remarkable design was to be the beginning of a series of developments that led via the Z-126 to the Z-226 shown here in the model.

The underlying design of the Z-26 showed such great potential that the "Trener" could be further developed over the next decades into the types Z-326, Z-526 and Z-726. From the Z-326 onwards, the Trener variants had a retractable undercarriage. Also worth mentioning are the high-performance aerobatic aircraft Z-226A "Akrobat", which, as closely related modifications to the original model, were among the best-known aerobatic aircraft of the 1950s, 1960s and 1970s.

Today, Zlin seems to have overcome the economic difficulties in the wake of the collapse of the Eastern Bloc, and has been able to remain faithful to aircraft construction even after the reconstruction. The current models of the aircraft manufacturer Zlin are, for example, the sports and cruising aircraft Z-143 and Z-242. With their powerful agility and the wide spectrum of use, ranging from their use as sports aircraft to their use as tugs to simple aerobatics, these models continue the successful path already taken with the Z-26/Z-226.

About Z-226MS, OK-LMG
The Zlin Z-226MS shown here, built in 1957 and construction number 135, shows a Trener flown from Rakovnik airfield in 2012. Its previous owner, the Aero Club Breclav, had given the aircraft a smart coat of blue and white paint. After its sale in 2009, this look was enhanced by the new owner with a detail that many aircraft enthusiasts will be able to relate to: a replica of Adolf Galland's well-known comic mouse, grimly holding an axe and a pistol in his hands and smoking a cigar, was applied to the port side of the fuselage. As interesting as the motif for the use of this badge would be, unfortunately I could find out little about it.

The kit
As already described for the first model, Eduard's newly developed kit positively impressed and delighted me! Accuracy of fit of the parts, precision of the casting as well as the high density of precisely worked out details are just as pleasing as the rich equipment of etched parts and the equipment with masking-off masks. For me, this quickly completed double project was one of the highlights of the past modelling year - and the kit became my private candidate for the "Model of the Year"!

In the light of what I have written so far, my conclusion is not surprising: I wish everyone who is interested the same pleasure in modelling as well as in the finished model that this beautiful double project has given me! 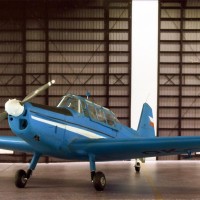 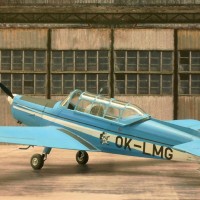 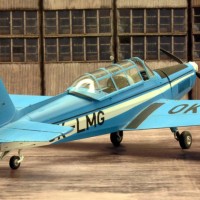 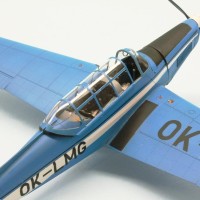 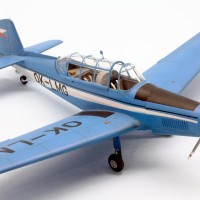 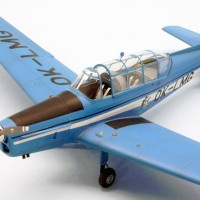 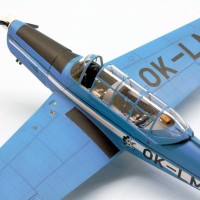 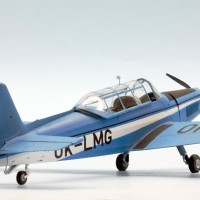 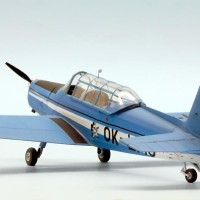 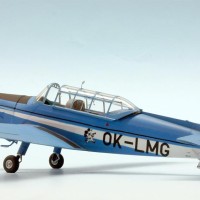 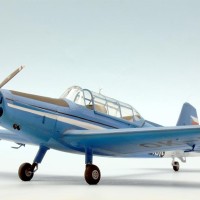 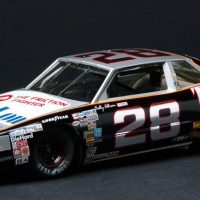 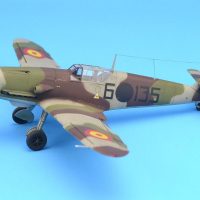 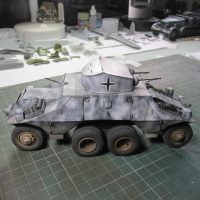 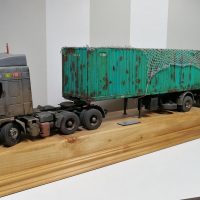