Hello friends,
this kit is the Grumman F3F-2 from Accurate Miniatures, with some figures from Tamiya and Tori Factory. I have built the kit about 10 years ago and the model was gathering dust because of lack of space in my showcase.
I wanted to build the F3F-2 again. instead of using a new kit, I figured I'd just disassemble and rebuild the kit. On my research over the internet, I found out that the F3F-2 continued to be used as a trainer even after the introduction of the F4F Wildcat. A lot of Navy and Marine Corps flying aces have flown the F3F.

The aircraft shown here (BuNo 0995) was originally the 2-MF-16. The aircraft was damaged (crash) on December 30, 1940, and then repaired and overspayed in gray blue over light gull gray. I'll do that too, I thought!

I had no trouble taking the parts apart. After 10 years, the glued parts became a bit brittle and therefore I was able to disassemble everything with little force. I used oven cleaner to remove the paint on the upper wing. I just cleaned, primed and repainted the fuselage and lower wing.

This time I have the color gray blue from the Vallejo series, set number 71157 US NAVY & USMC colors. I really like the darker tone, it's also a little bluer than AK-Interactive's. But unfortunately, the paint is not so easy to spray and, above all, difficult to rework, e.g., grinding. Since I didn't have any more decals for this model, I had to improvise. The stars are from Yellowwings decals and the BuNo is a combination of different decals (silvering a bit).

The subsequent re-attachment of the metal braces was a nightmare for me as the parts are difficult to shape. The metal is extremely stable. The super glue and I had a lot of trouble…
The canopy is selfmade. I always replace them, as I find the ones from the kit too thick to show with the canopy open.

This biplane is relatively small compared to the F4F and even more so compared to the F6F. The wings were still covered with fabric and the landing gear had to be retracted and extended with a crank (like in the Wildcat). This required 28 revolutions. This must have been a big challenge, especially during the launch from an aircraft carrier! Unfortunately, I cannot say whether this aircraft (as a trainer) served to get carrier qualifications.
Therefore, the scenery is speculative, but I hope it is beautiful to look at for you.

Thank you for your interest. 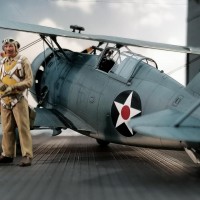 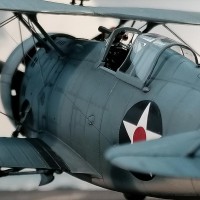 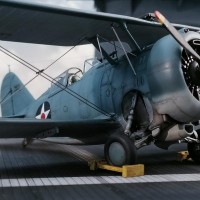 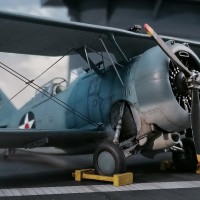 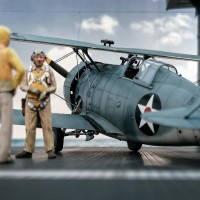 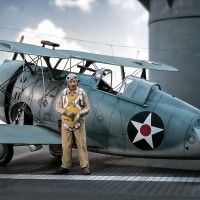 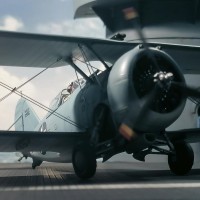 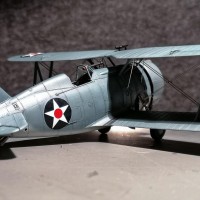 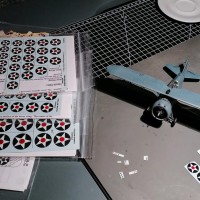 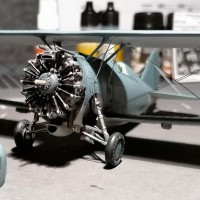 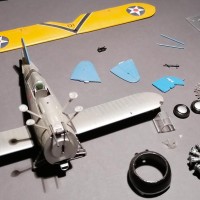 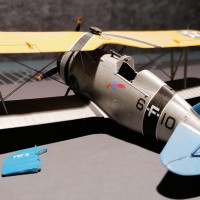 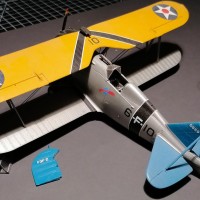 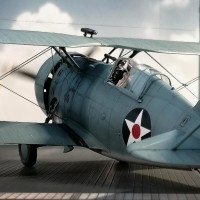 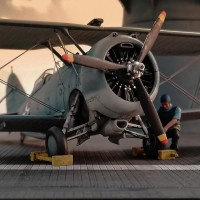 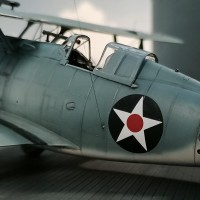 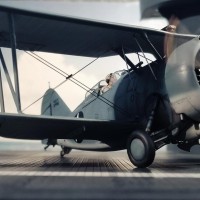 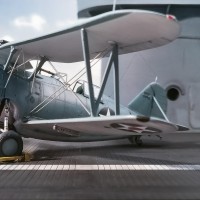 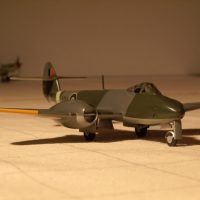 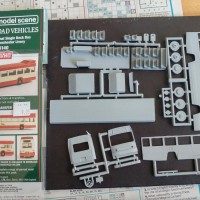 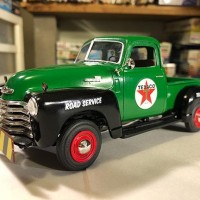