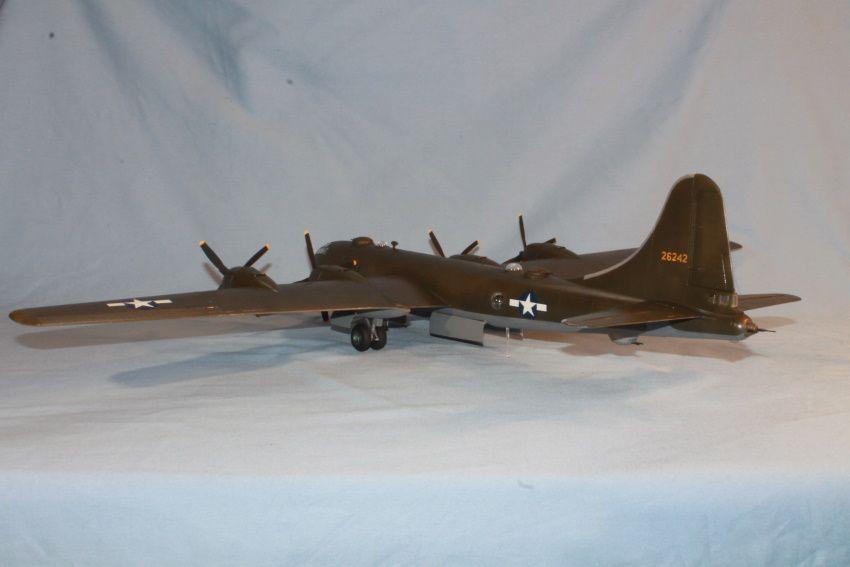 I had no intention of building this but trying to sell this online was not an option. The shipping costs alone are astronomical. So, given my penchant for oddball schemes, how to make one of 3790 NMF B-29's different. The first 40ish were camouflaged so throw some O.D./N.G on it. I found two photos of my subject but a third cropped up after I finished. More on this photo later. This B-29 was assigned to 794th BS/468th BG/58th BW of the 20th Air Force. It was declared "War Weary" in 1944, stripped of arms and converted to a bulk fuel tanker while the group was in China. As a fuel carrier it carried nose art, "Esso Express". I'll be doing it as before the conversion. I went through several builds as is my wont to see if there were any build issues. Most mentioned the canopy fit, the nacelle fit and the wheel well fit. I found that if I didn't glue the fuselage around the canopy and add spacers I got a decent fit. I ground out the insides of the nacelles and attached with CA, again decent but not perfect. The wheel wells didn't follow the contour of the inner wing so copious of CA was used but I was to find out later that this interfered with the wing spars. The fit of many of the interior parts weren't very good; no positive locating marks. In the end I left many out as you can't see them when everything is closed up. I sprayed the interior with a Tamiya mix for Interior Green and Nato Black. Closing up the huuuuuuge fuselage was the easiest part of the whole build but now presented a huuuuuge problem; how to wield this thing around without knocking everything off the desk or the neighbouring 3ft..The next hurdle was attaching the wings. Despite having spars they wouldn't line up. This was self-inflicted due to not getting the wheel wells in the correct position. I clipped off most of the spars and they slid on. The next problem is no positive gluing area for the wings. As huuuuuge as the wings are, its a butt join and you have about an ⅛" around the wing. Now I had to figure out how to let the glued wings set up. The right wing was the easiest, I balanced the model on office chair arms. The left wing attachment wouldn't allow this and after much pondering for a few days to ensure the glued left wing had set up, I jammed it between the cushions of a chair and left it for a few days. The penultimate problem...how to paint it. The model is quite heavy and very awkward to move around. If any paint reach the spray booth it was pure luck. For the OD/NG camo I used Tamiya and almost a full bottle of each. The final problem is the decals. Decals are from Fantasy Printshop. When the decals hit the model, they acted like scared limpets to a rock. It was only by flooding the area with water that I could get them to move but I managed to rip two stars and bars. They are very hardy decals and I managed to save them. Sorry for the long rant but I hope this dissuades any one from building it. And now the final photo I found. Its an over head photo and clearly shows that this aircraft only had two MGs in the upper front turret and no dome behind it. Had I found this earlier it would have been an easy fix. FYI...the wingspan is roughly 35¼" and was a pain in the keester to photograph 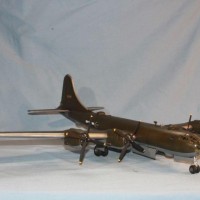 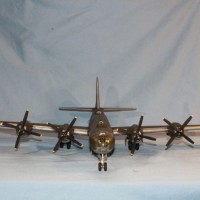 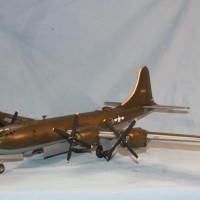 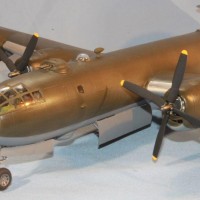 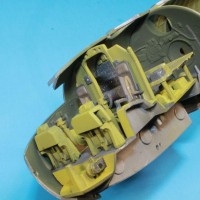 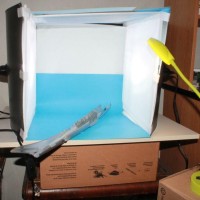 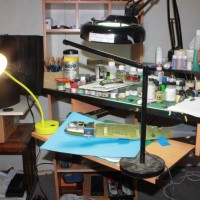 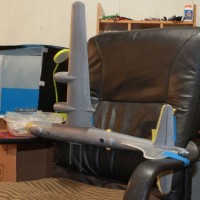 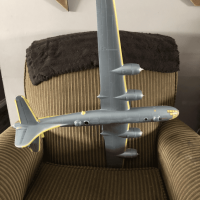 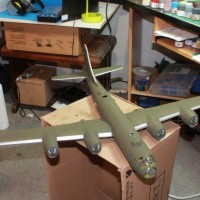 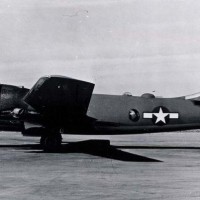 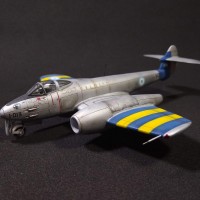 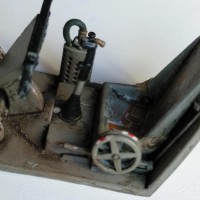 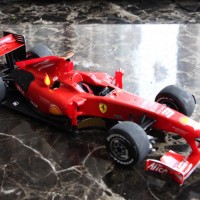