Like most of you out there I have always been fascinated and inspired by the exploits of the American Volunteer Group in China, The Fabled Flying Tigers. Their exploits have been immortalized in books and film and their impact was felt for years after their dissolution and integration into the US armed forces. But their story has been well-told by many and makes for great reading. This article will concentrate on Great Wall Hobby/Lionroar's entry into the 1/32 aircraft kit market. How did they do? Read On... 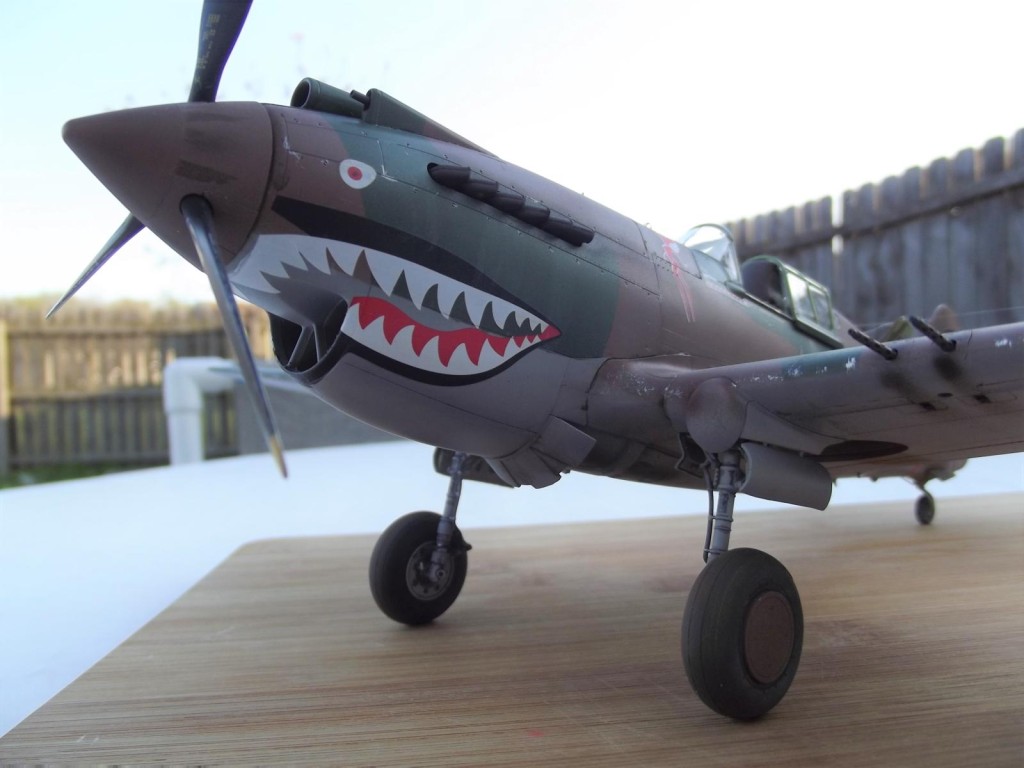 This kit has arrived into the modelling world virtually unknown, with only a FB post on the GWH website and a couple of in-box reviews to announce its arrival. Not having built any of their kits but reading the glowing reviews of some of their models caught my interest and the pictures of the built up kit piqued my interest, so as soon as it was available I ordered one. (Hobbyeasy out of HK had them for $105 =shipping for a total of $136, and 3 weeks to recieve it here in Indiana. 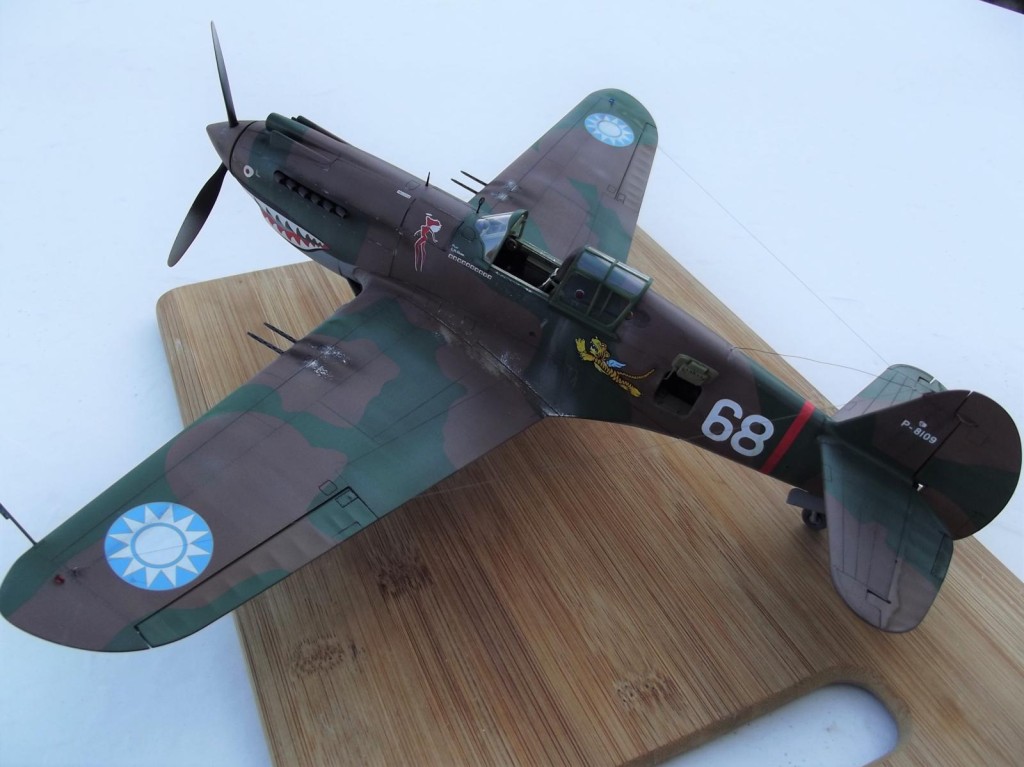 Having built Trumpeter's kit and being sorely disappointed I wasn't sure what to expect... 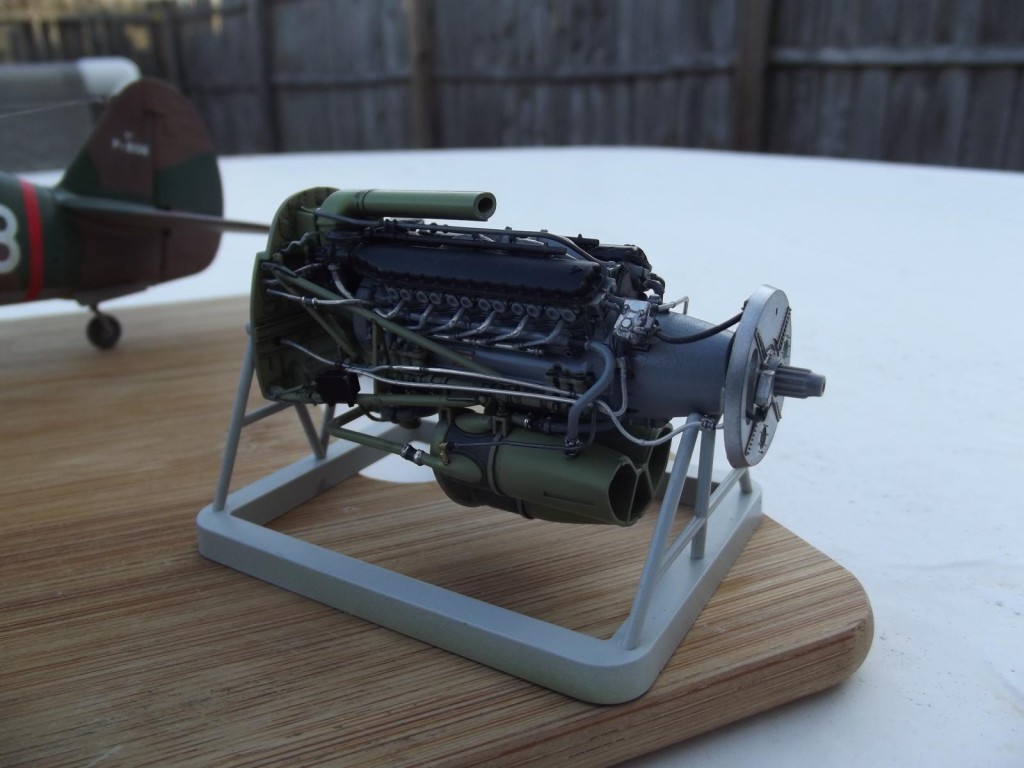 A fully accurate, extremely well molded kit, with excellent and well-thought out engineering, completely detailed inside and out but designed to be built easily with no need for any aftermarket parts. The designers who worked on this kit treated the subject with the same reverence as Tamiya did with their A6M2, and in some cases outdid their japanese counterparts in the inclusion of special features. Instead of working landing gear and removable engine panels the designers included a completely detailed Allison V1710 engine (25 steps!) designed to be swapped out with a built up power egg with the use of a magnet. The landing gear can also be swapped between extended and retracted sets, including the tail wheel. The flaps can be built extended or retracted, and includes mass quantities of photoetch for the ribs inside the wing and the flaps themselves. Also included is the fuel, oils and hydraulic tanks in the center fuselage along with the associated piping and the external keel is designed to be removable so you can see how everything is routed to the engine. 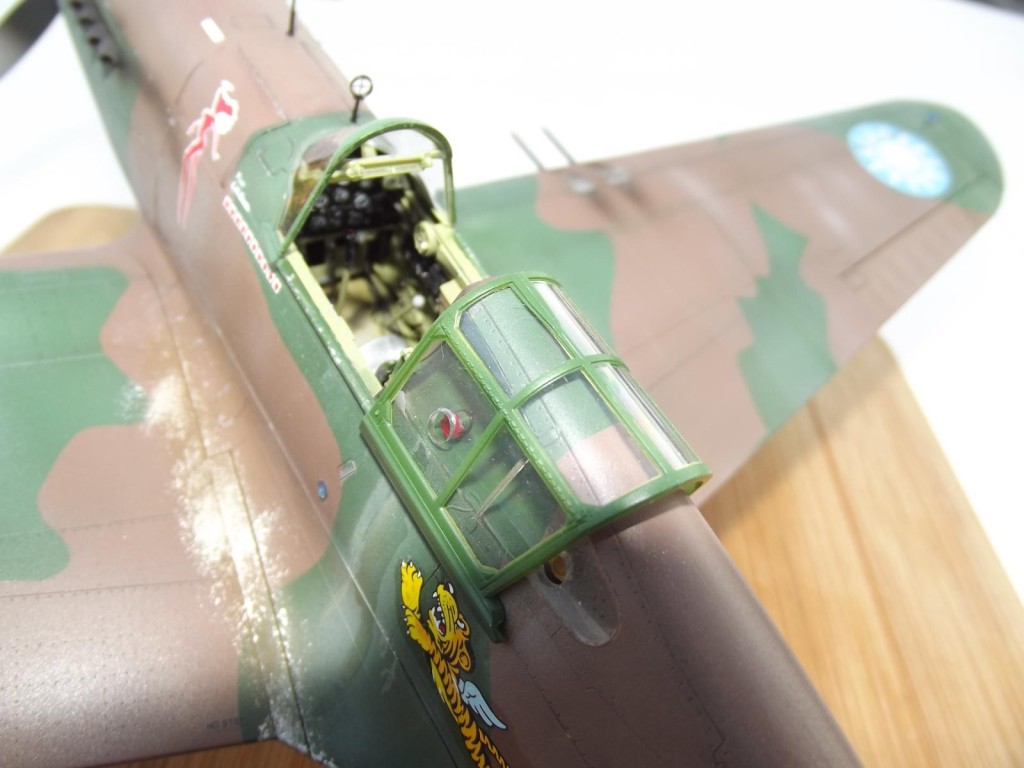 The cockpit is a work of art, completely accurate with the seat mounted to the upper wing as per the real thing, and the wing itself is molded in 2 full span parts, including the bolted center joint. The cockpit includes pe for the belts, and all the neccessary placards and tags. The instrument panel includes individual decals for the instruments and looks very convincing once complete.

The kit also includes 3d printed 30cal gun barrels for the wing guns and a cool 80th Anniversary patch. The instructions are excellent, well illustrated and very clear. I went thru the instructions carefully and decided to follow them to the letter, and test fitted as I went along to be sure I understood how everything fitted together. I found that steps5 and 6 would have you insert all 3 bulkheads in the left fuse half, but after test fitting found that there are 2 shelves that fit Behind the bulkhead. All the parts are designed for precise fit, just like a WnW kit...which has lead me to believe that GWH/LR may have actually molded some of the WnW kits, the plastic is very similar and the fit just about perfect, and the detail parts are superb. 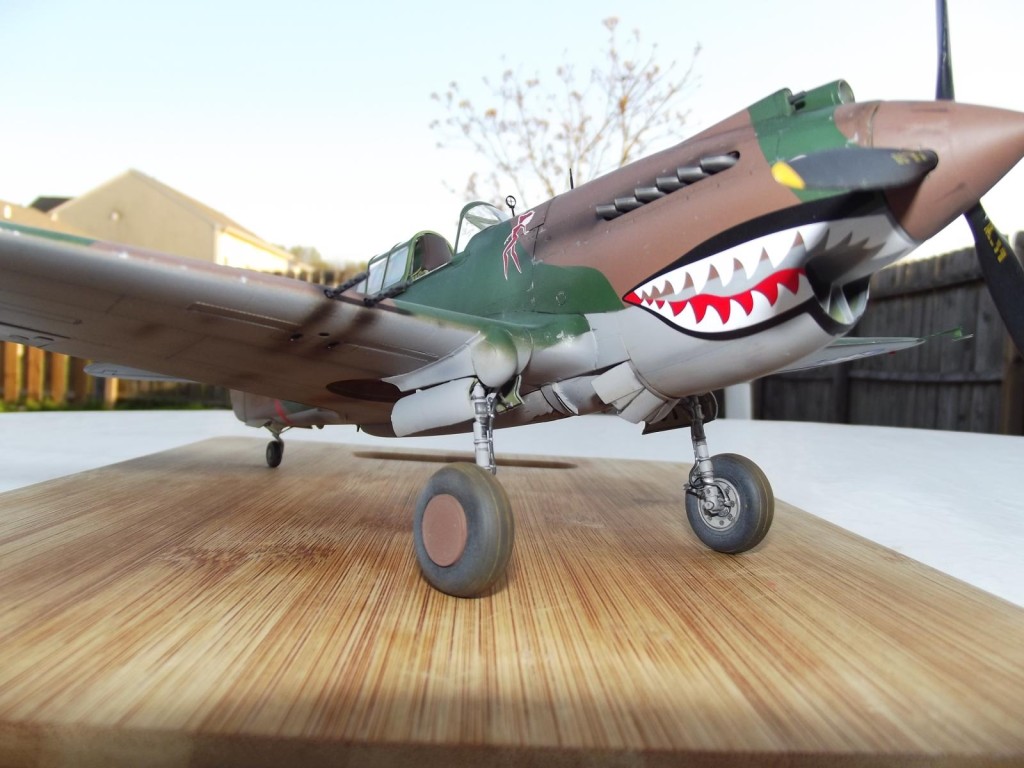 The kit also includes 2 large foldouts, one being the 4-view of the camouflage and markings for Tom Heywood's #49, and the other has side views of 5 other Hawks from the 3 AVG squadrons. The decals are also a highlight of this kit, being well printed, opaque and has 6 complete sets of sharkmouths. Some of the decals are somewhat inaccurate, the plane I wanted to model, Chuck Older's 68, had a sharkmouth filled in with Chinese blue, which is shown in the color sheets and in my reference, Tigers Over China by Tom Tillis, but missing on the decals them selves. Also, the Disney Tiger for Tommy Heyward's 49, are printed on a black background, whereas these decals were stuck on and shellacked in place, which would discolor the earth brown camo, not blacken it. The decals performed extremely well, no need for setting solution. As a final plus you get a complete set of inside/outside canopy masks! Like I said, this is a complete kit!

The only issues I found with the kit are the undersized .50 guns in front of the IP, fit of the wing gunport inserts and the somewhat confusing choices to make as far as the wing gun ammo boxes. I was leery about the rubber tires but they are actually very well molded and needed no extra work. 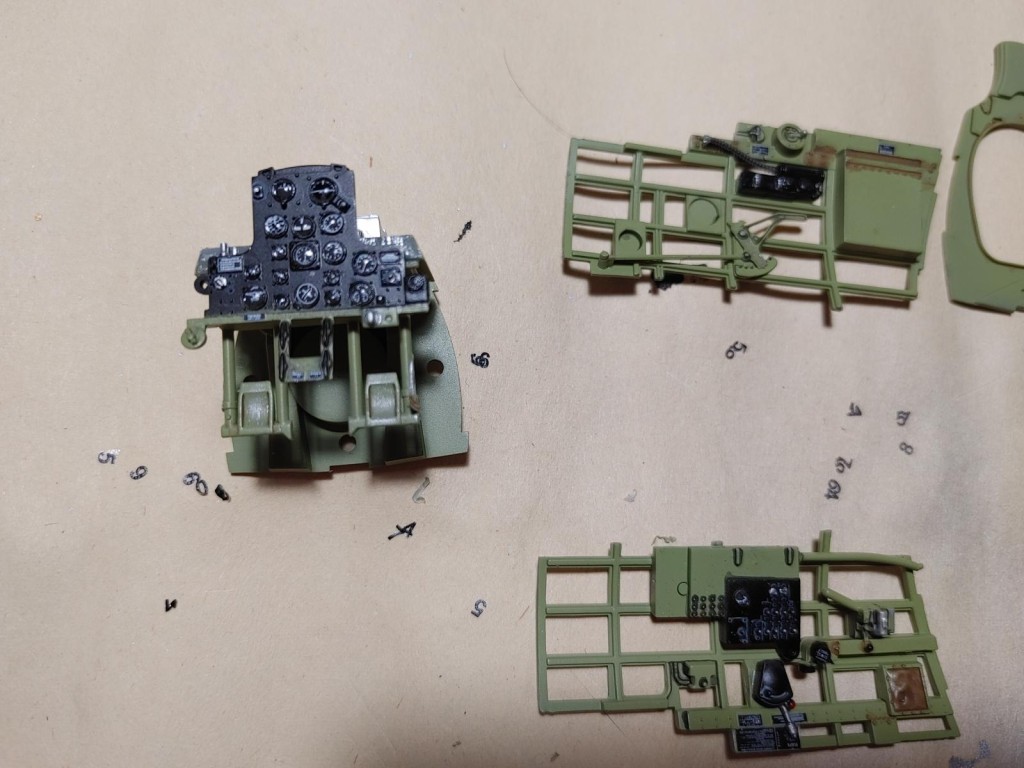 I am still very surprised this kit has arrived with such little fanfare! It is easily one of my favorite builds and gets my Hearty vote for Model of The Year. After looking at the sprue diagram, it's very obvious that GWH will release the P-40B/C RAF Tomahawk versions with the correct seat, harness and pitot.

I used a hand mixed shade of Tamiya Earth Brown and Red brown for the Dupont brown shade, Tamiya Sky Gray for the underside and AK RealColors US medium green for the Dupont camo green, and used the Tullis book illustrations to cut frisket masks for the hard edge camouflage. I used almost no filler at all on this kit. 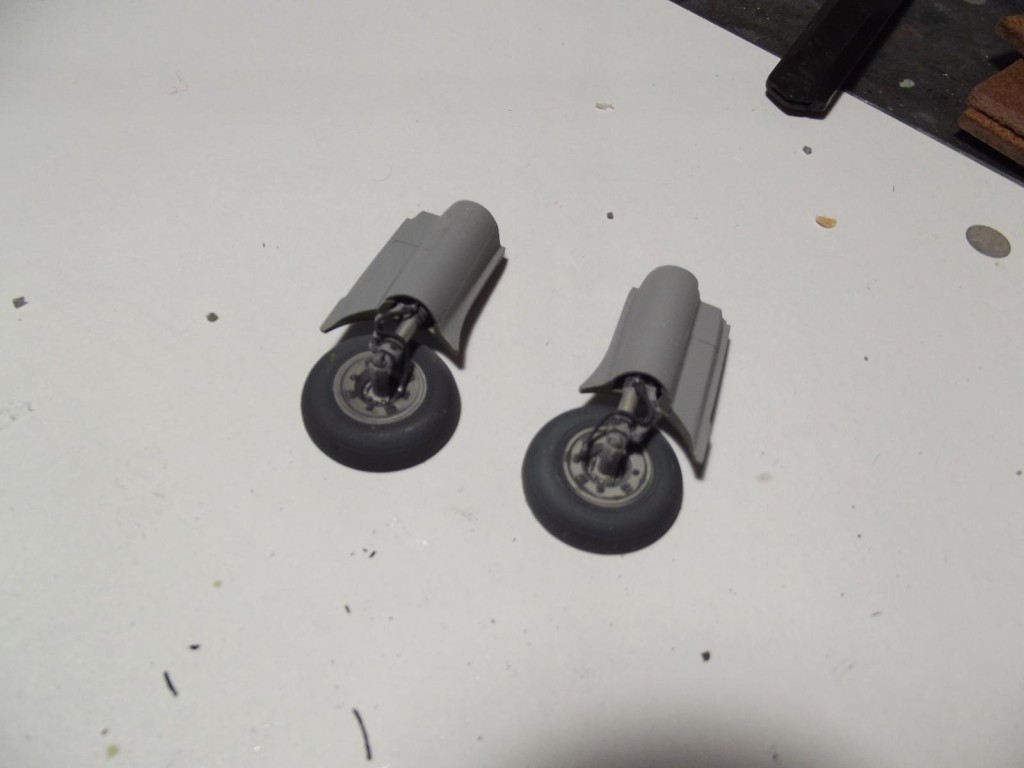 I have to say this kit is an absolute Tour de Force by GWH, and deserves some attention! 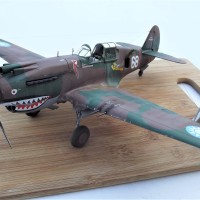 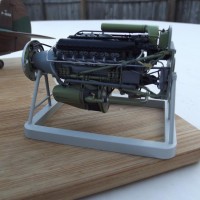 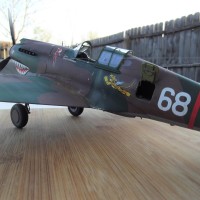 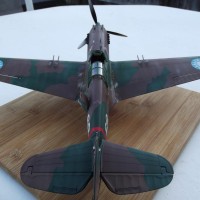 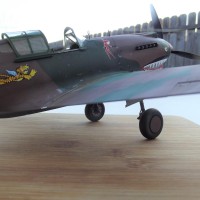 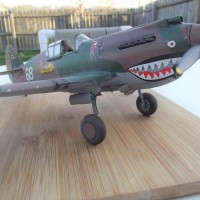 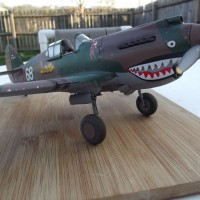 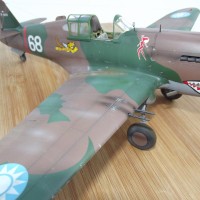 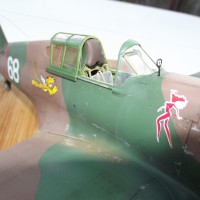 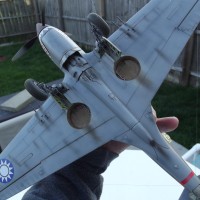 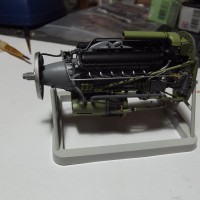 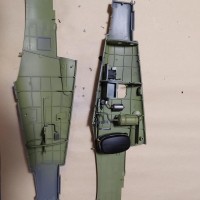 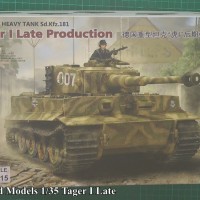 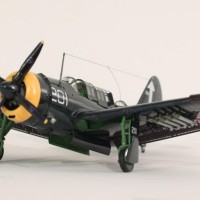 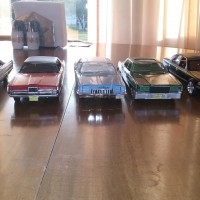 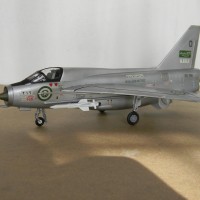