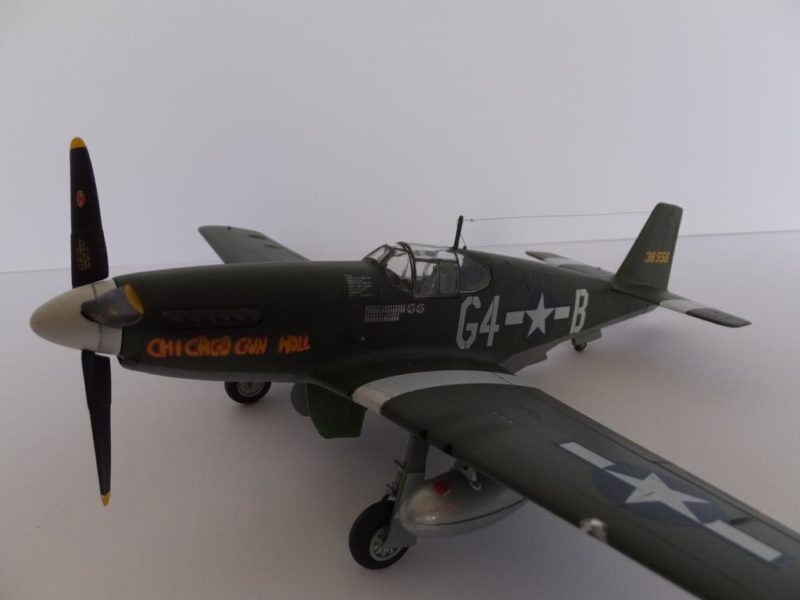 I’ve actually considered not going to model shows because it seems I’m a s****r for picking up very old kits. This P-51B is a show purchase that I’ve just completed as a fun weekend project. It was fun to build,however, it took me longer than the weekend. The instructions have a 1966 Copyright printed on it and for being that old it was in pretty good shape but was missing a tail wheel and antenna. The decals were shot but I had an Accurate Miniature set for the Chicago Gun Moll. What’s really cool was the instructions stated you could also purchase the Skystick Flight Simulator for controlling the model in dives,banks, and climbs. Now what kid wouldn’t want that to take home.

She’s done OOB with exception of the missing parts. I did add antenna wire using nylon thread and the paints were Tamiya AS-6 and AS-7 from rattle cans. Model Master paints were brushed on for the interior, wheels etc. The instrument panel is the original decal that comes with the kit. Only one that worked.

Lt. Robert Brown flew this bird while assigned to the 326th FS of the 357FG. The 357FG were known for their red and yellow checker board nose art. Was fully prepared to add that decal to it’s nose but it disintegrated when it made contact with water. However, I found a photo of Chicago Gun Mull prior to the checker board addition and it was white, hence the white nose on this one.

Lt. Brown would sustain heavy damage to his P-51 white escorting bombers on a raid over Germany and nursed her over Switzerland where he bail out. The plane went straight in and was a total loss. Lt Brown sustained a broken leg and remained interned in Switzerland for the remainder of the war. 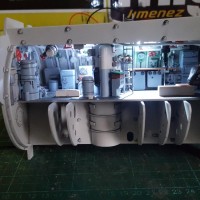 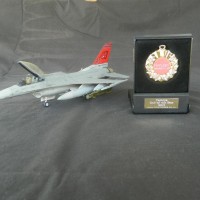 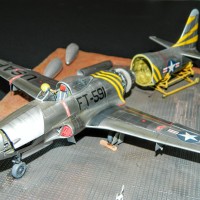