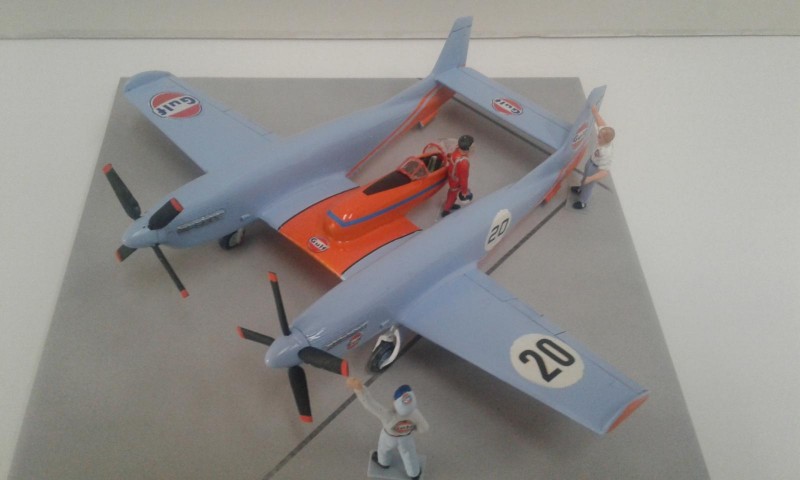 Subject: the story so far...

The year is 1949, and the Goodyear Trophy Races, are at their peak, with speed records being set almost weekly.
The "stars" of the "show" are what's now known as the "Goodyear Midgets"

Late in 1945, the 3200th Proof Test Group, Eglin AFB, gives the green light to a new project, the F-82, "Twin Mustang".
After going through the usual teething problems, the aircraft is developed into a night fighter for the USAF. In 1947,
Col. Robert E. Thacker, sets a non-stop, record, in the F-82, from Hawaii to New York. A record still held by a prop
driven aircraft, with no refueling. (see:Rutan)

All three men, experienced, in record setting, "twin boom" aircraft, as test pilots and "air racers" , get together over drinks
one evening. Pilot talk ensues, along with the typical hand gestures, etc. and finally out comes the proverbial cocktail
napkin, sketching session on a possible new "Super Midget" class racer. This is a proposed new class for "Unlimited" Midget
racers. Unlike current current "Goodyear" Midget (Formula 1), this class would have unlimited horsepower, retractable landing gear.
and no weight restrictions. The conversation went into the wee hours, the excitement building.

Clandestine meetings were to be held between these three, for the next six months, sharing technology, skills and "know-how"".
What began as an idea began to take shape on the drawing board. The next step would be to find a location for the build, and
actually begin construction. After construction would come test time, and the ultimate "tweaking" of the finished bird.

A small, but clean hangar at the little known Cleveland Burke Lakefront Airport was found, less than 10 miles from Parma, Ohio,
their base of operations, and near enough to what is now Cleveland Hopkins International, home of the Cleveland Air Races.
It seemed ideally secluded for their purposes, yet close enough to supply lines, and work began.

The design was to be that of a "Super Midget" Twin Mustang, with alterations for larger horsepower engines, and added fuel capacity.
Even more streamlining was to be incorporated. Work progressed at their own private "skunk works", away from prying eyes.
After months of sheet metal, frame and engine work, things were starting to take shape. A mere fourteen months after it's
conception, the hand built Super Midget was ready for testing. The pilot selected was none other than Billie Robinson, of
"Little Toni"/ Cosmic Wind fame, and well known to Tony LeVeir and company. Unfortunately, as fate would have it, he would never
get to fly this remarkable aircraft.

It's mid 1951, and while this "Super Midget" is about ready to go, fall and winter are rapidly approaching. There is still no official
word on a "Super Midget" class being established. The decision is made to take the project as far as it can go before winter brings
things to a halt, since there appears to be no rush for the next "possible" season. And there it sits in "mothballs".

Still in pristine condition, with a cobweb here and there, even a nest, sits, on jacks, the "Super Midget" Twin Mustang. It's not sure
whether this strange looking aircraft has ever taken flight, nor it's complete history. That will be left to the EAA historians. Right now,
it's necessary to find an alternate storage space until decisions are made on it's future. The word goes out, via aviation channels,
about the discovery. Funding will be needed.

In an age of "Red Bull" type advertising/sponsoring, very few high dollar corporations were interested in taking a chance on an
unknown quantity, even one with a soon to be discovered history. An international conglomerate known as "Gulf " oil, controlled
by Hinduja Global Solutions, Ltd., headquartered in London, UK, with a history in all types of racing, and huge purse strings,
takes over all the paper work, and eventually the "Super Midget Twin Mustang".Within six months, it is airworthy and flown for the
first time. It displays the colors of the famous Gulf/Wyer Porsche racing team, and a tribute to Steve McQueen, with the # 20
(from his movie LeMans), which are both highly recognizable to the racing public.With no expense spared, an experienced pilot
was chosen (name to be announced). The aircraft's mission will be primarily advertising and display. There's no way of telling
what it might have accomplished, having been so far ahead of its class and time.

My "wiffie" was the subject for a recent inter-club contest. One of the requirements was a "back story", which you hopefully just read. Another was that we use a Monogram and/or Revell model, built anyway we chose, using only parts from a Monogram/Revell kit, or scratch built. While I didn't win, I was happy with my result and wanted to share it with you. 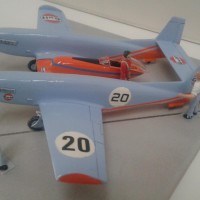 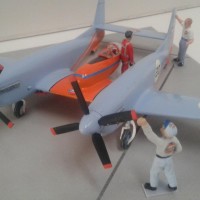 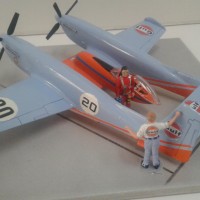 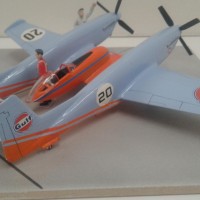 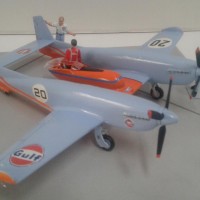 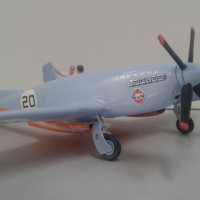 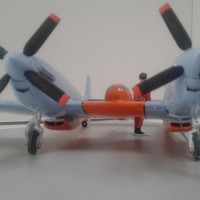 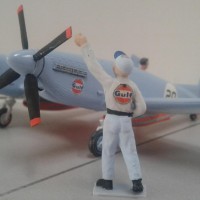 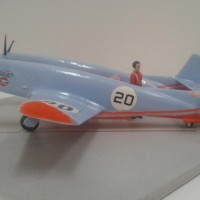 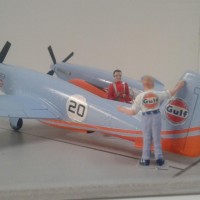 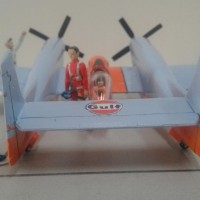 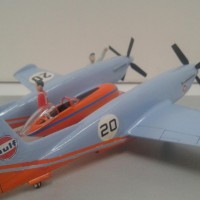 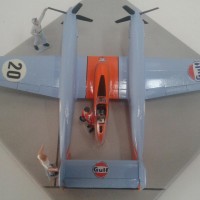 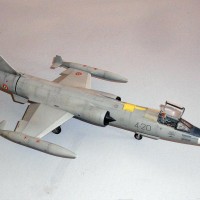 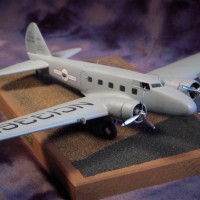 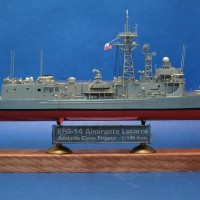 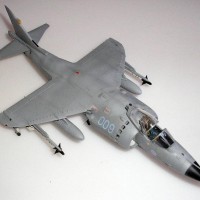