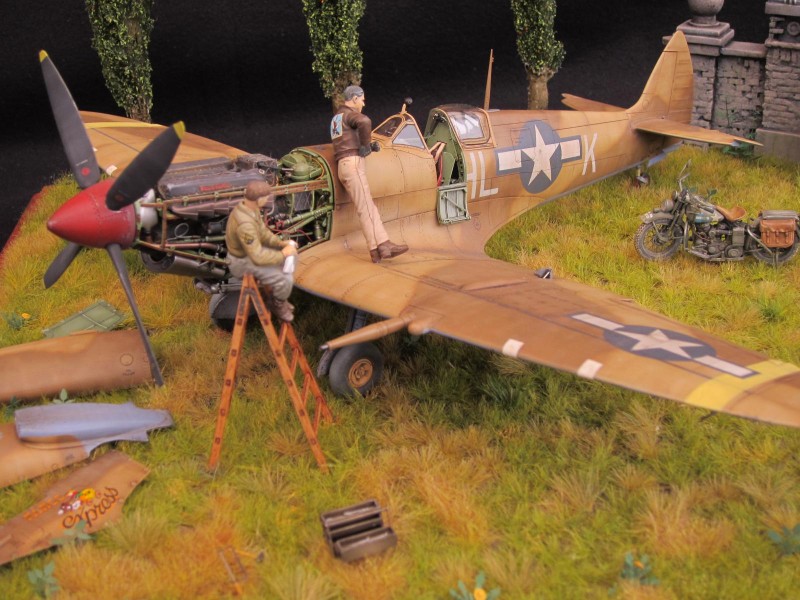 Hi folks, this is my second submission to imodeler...

The diorama depicts a possible scene in Italy in 1944: An American Spitfire Mk. VIII is forced to belly-land near to a farm. In order to hide it as far as possible during repair, the aircraft was pushed back toward a couple of trees which are in the vicinity of the farm gate. This, of course, attracts the attention of a few (female) residents who use the opportunity to chat with the Americans. Since the Spitfire has been called "the perfect lady“ I entitled the diorama "Three Perfect Ladies in Italy“.

The Spitfire is the amazing Tamiya kit in 1/32 scale - in my opinion the best fitting and best engineered kit on the market. However, even such a kit can be improved by using Barracuda parts, and so these sets were used:

The markings are a mix of Barracuda BC32008, Maketar masks and Hobbydecal dry transfers.

The figures came from Legend, Hornet, MiniArt and MB Models (plus the animals from Mantis) and were exclusively painted using Vallejo acrylics. The Harley Davidson is from MiniArt, the bicycle from Tamiya. The by far biggest challenge when building the dio was to insert the hair-thin bicycle rims from Lion Roar... Besides that, I added many scratch built parts, especially to the Spit‘s engine.

The dio‘s base was created by compiling hundreds of hassocks, flowers, etc... In the end I‘m really satisfied with the result and hope you also like it. 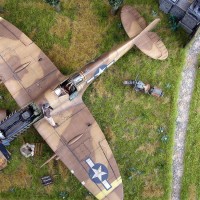 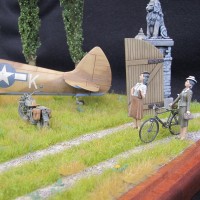 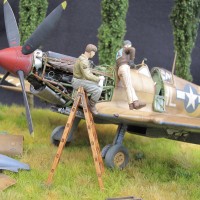 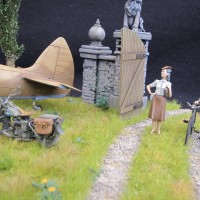 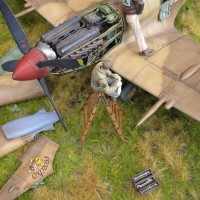 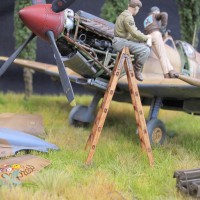 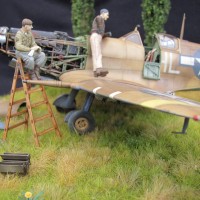 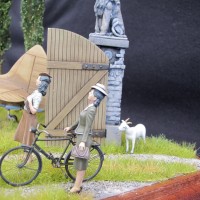 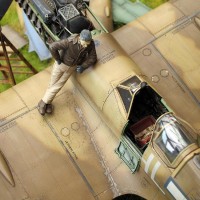 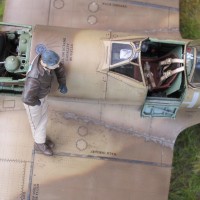 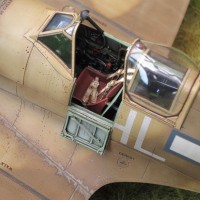 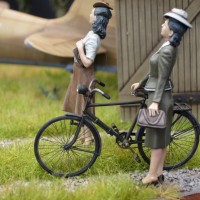 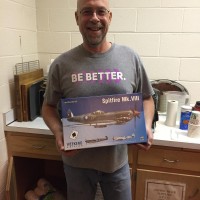 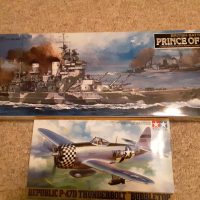 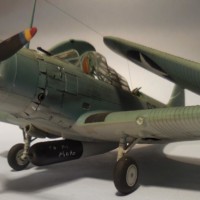 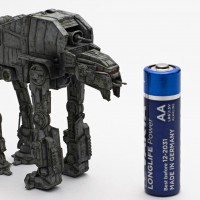