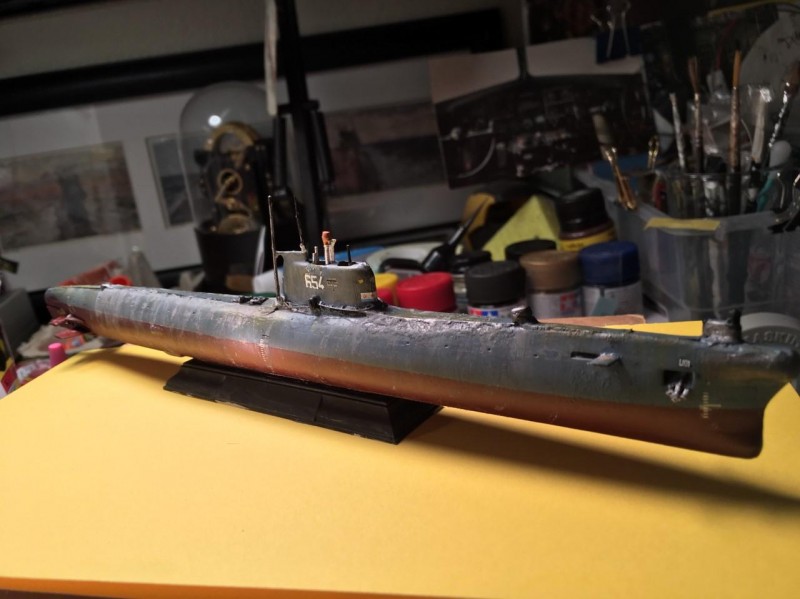 Quick build of this MikroMir Soviet Foxtrot Submarine. Relatively few parts
but a challenge to paint & weather this 1962 "Cuban Missile Crisis" boat. This one
is the third in a series of 1/350 Russian Submarines on the bench I'll be
attacking this year. P.S. This sub was equipped with a nuclear armed torpedo. 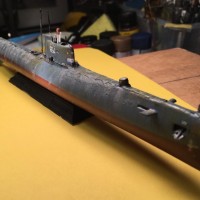 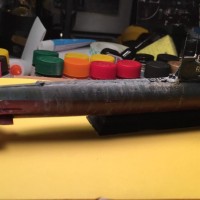 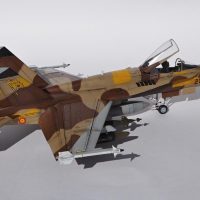 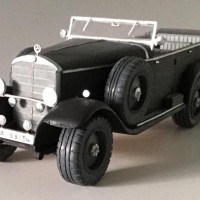