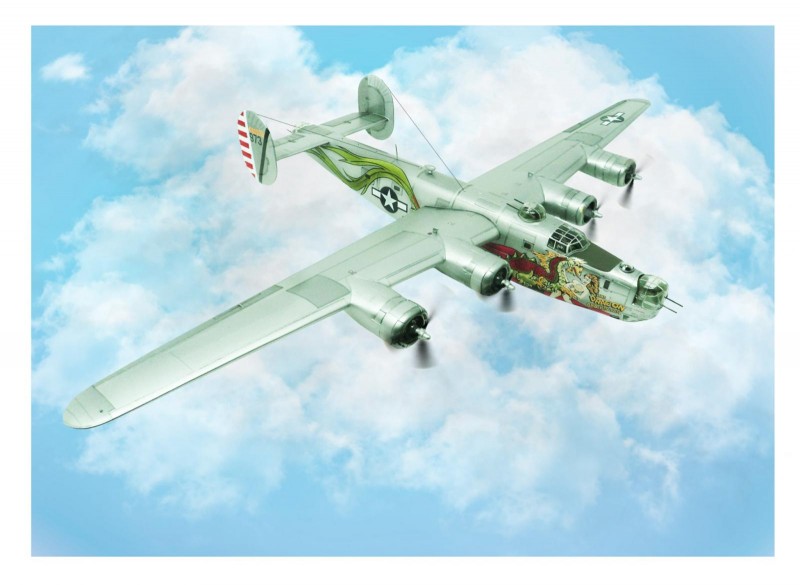 I started this build with the intention of doing “Cocktail Hour” of the 43rd Bomb Group, 64th Bomb Squadron of the 5th Air Force based on Le Shima in 1945. The artwork of SSgt Sarkis Bartigian graced many of the aircraft in this Squadron and there are markings for several aircraft carrying his artwork available.

The build started out per usual, using the venerable Monogram 1/48 B-24J. Using brass wire I added brake lines to the main gear struts, added a little detail to the turrets using brass wire and Evergreen Sheet Plastic. I have tried the Vacuform turrets but am not happy with the results so I use the kit provided ones. I cement them together, sand the seam to get an even surface, polish and paint. There is nothing the modeler can do about the seam so it's just part of the model. I drill out the exhaust ports on the engines as well as the exhaust for the turbo superchargers, just something I do. I did some work on the bomb bay but it's not noticeable. The model is basically correct for this version being a Consolidated built B-24J-160-CO_44-40428. Cocktail hour featured the Consolidated nose turret vice the kit supplied Emerson Turret. Haply I had a spare turret that I picked up from my buddy Scott Harvieux on Ebay. So, all set and ready to go. Started the final painting and really messed up the right side of the forward fuselage section by trying to buff the paint. (See above) I used ALCLAD Primer, let it set up for a week, but it remained tacky throughout the build. So I had a mess on the forward part of the starboard fuselage Sadly, the artwork is on the port side; so what to do? I managed to get it sanded down a bit and then repainted the forward portion. I still didn’t like it, plan "B", you have to have a plan "B". I had SSgt Bartigians “The Dragon and His Tail” decal so I went with that.

I had to cut the decal in several strategic places for ease of application and using the photographs off the website, applied the decal. I Used the Kitsworld Decal sheet and it went on quite good. No issues, it took Solvaset without destroying the decal. I opted for the open bomb bay doors and using another set of doors as templates cut the pieces for an exact fit. The decal covered the errant portion of the forward fuselage very nicely and I am quite pleased with the overall result. I plan on doing a few more as a tribute to SSgt Bartigian, and his artwork. I post this stuff on the B-24 Modeling, and Monogram sites on Face Book. A guy from Australia liked the one photo, photo shopped it as if it were flying and then sent it back to me. Pretty neat I thought. As mentioned I have more of the Bartigian artwork and will be accomplishing some of those in the not too distant future. Stay tuned for more Liberator excitement as it occurs. 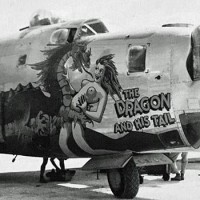 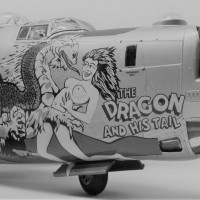 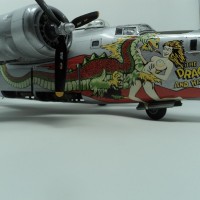 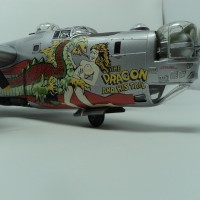 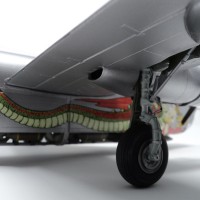 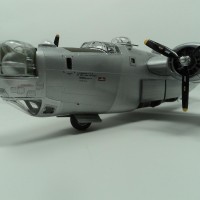 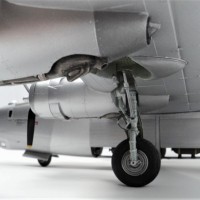 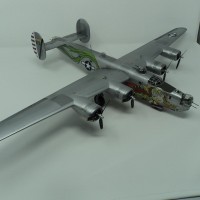 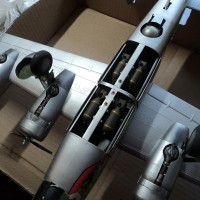 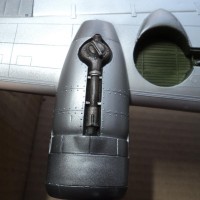 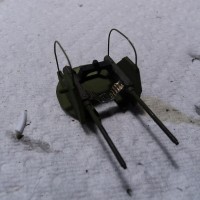 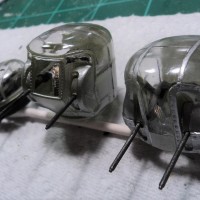 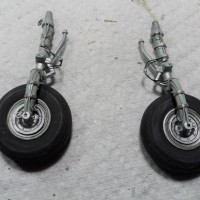 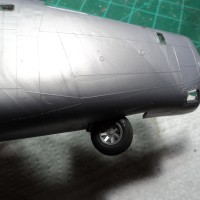 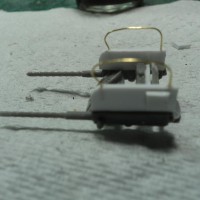 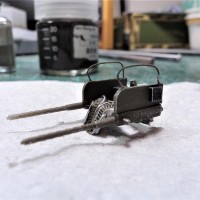 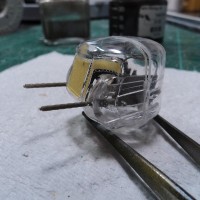 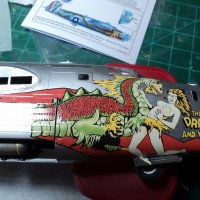 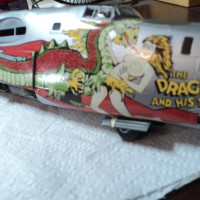 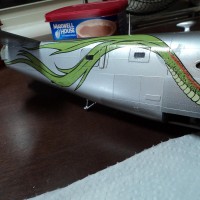 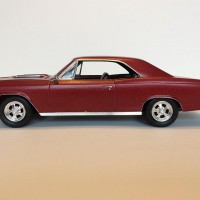 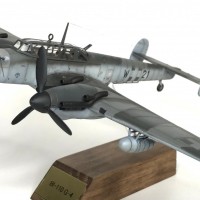 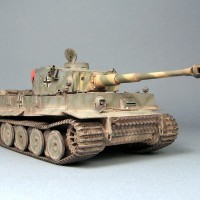 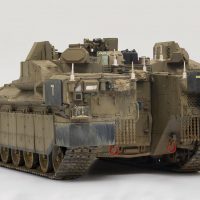