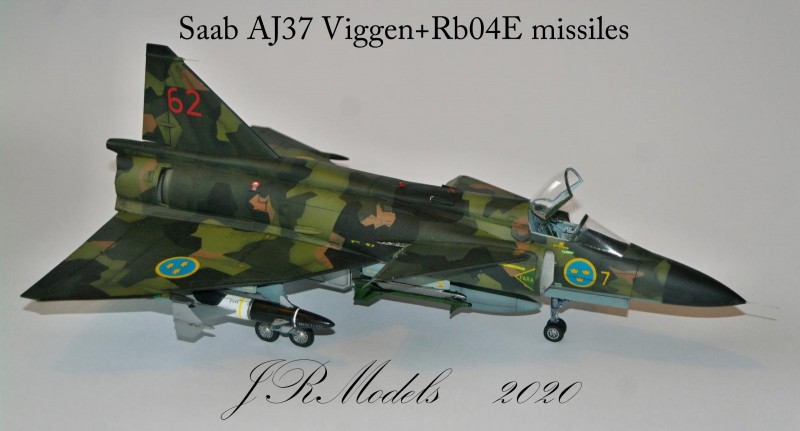 The Saab 37 Viggen ("Thunderbolt") is a retired Swedish single-seat, single-engine, short-medium range combat aircraft. Development work on the type was initiated at Saab in 1952 and, following the selection of a radical delta wing configuration, the resulting aircraft performed its first flight on 8 February 1967 and entered service in 21 June 1971. It was the first canard design produced in quantity.[4] The Viggen was also the most advanced[vague] fighter jet in Europe until the introduction of the Panavia Tornado into operational service in 1981.
Several distinct variants of the Viggen were produced to perform the roles of strike fighter (AJ 37), aerial reconnaissance (SF 37), maritime patrol aircraft (SH 37) and a two-seat trainer (SK 37). In the late 1970s, the all-weather fighter-interceptor aircraft JA 37 variant was introduced. In November 2005, the Viggen was retired from service by the Swedish Air Force, the only operator, having been replaced by the newer Saab JAS 39 Gripen.

I love this plane and i was very happy, when my daughter bought me it. But i didnt know, how long and hard way wait for me. I bought many aftermarket, like Pe parts, resin parts and mask and build was harder and harder. But this is result. Not all perfect,but i am happy, that is finish. From first moment i want this brutal missiles. 🙂 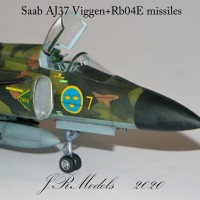 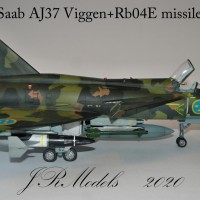 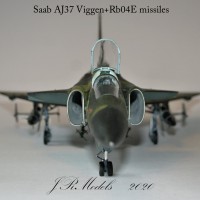 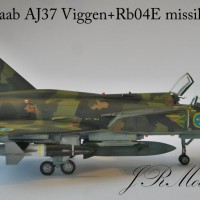 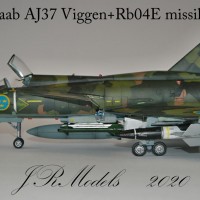 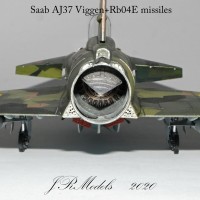 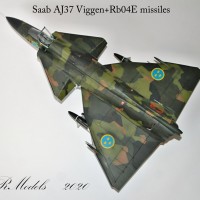 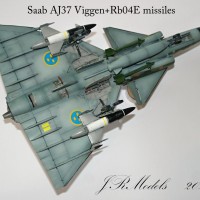 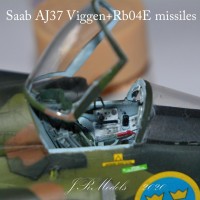 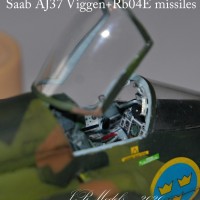 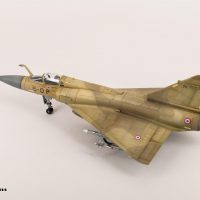 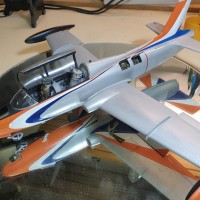 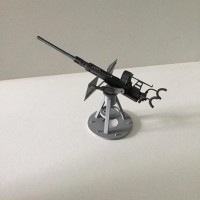