What was your first model?

There's an interesting thread over at The Other Place in answer to the question, what was the first model you built?

My dad built my first models for me: a Strombecker solid wood B-29 and B-24, both painted silver. The first plastic model I remember him doing for me - "you can play with this one" - was the very early Hawk Models P-84 Thunderjet.

The first model I got to build was a Strombecker P-86 - not done to my father's standard, but I liked it. I'm pretty sure I must have been six, since it was the summer after we moved to the house I spent the rest of my childhood in.

First biplane, done fairly soon after, was the Hawk Models Nieuport 17 (re-released many times by Testors). I was too young and inexperienced to know biplanes were hard, so I just did it.

I think my success in modeling was due to the fact that my scientist father impressed on me early that "reading the manual" was a good idea before starting any project.

With time out in the 60s for the Navy and "later events", that's been my story and I'm stickin' to it. 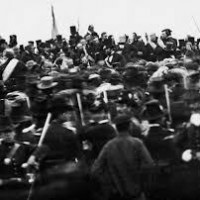 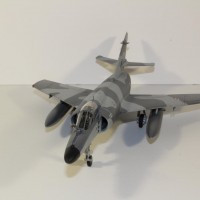 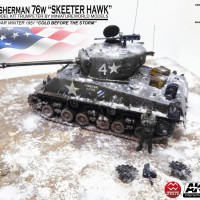