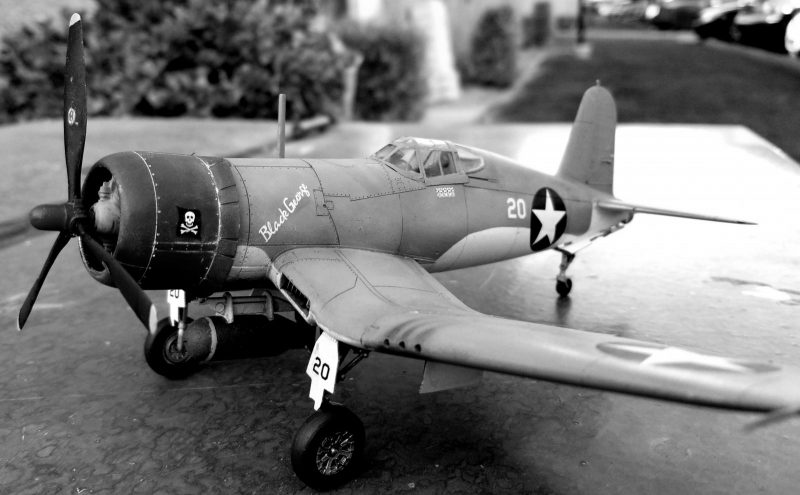 Having only ever built mostly revell, and one academy, Corsairs, I never realized the quality I was missing out on with the kits from Tamiya. So when my chance at christmas came to get one as a gift, I was more than happy to build it. And so I did. I spent hours painting the cockpit, assembling the parts, and then making it all ready for paint. And I nearly had it done a couple months ago before the modelling Gods decided to smite me.

Disaster struck when I spilled paint on one wing and the engine cowling, destroying two decals, and the paintwork. I did not realize until the following day this had happened, or I'd have corrected the mistake. The paint was dry, and I had no way to save it, as I did not have a spare decal, and the light blue paint had all been used. So off to the shelf it went, wings detached, fuselage waiting for my guiding hand to once more work on the project.

That finally came this week. In a blur of sudden modelling energy, off the shelf she came. I sanded down the entire plane, so that the surface would be smooth once again, and went to work. I mixed a new light blue, which actually ended up being nearly identical (yay!), and painted it for the second time. Luckily, I had a spare set of decals arrive when my good buddy Jay Mitchell sent over a large collection of old decals he was never going to touch again. But it looked the same as before, and I didnt really like that.

Inspiration struck when looking as another buddy's build on Discord, and if I'm not mistaken, a build by someone here not too long ago. Discord is an app lots of guys my age use for gaming, and also many other hobbies such as photography, art, and modelling. Its pretty fun, I know of LPJ Models, Model Minutes, and a few other guys who have a discord server, which you can find on their YouTube channels.

Anyway, he had built a Bf 109, which had a wing replaced in a different color, and seeing as I had seen two of them in quick succession, I took that as a sign. So, I mixed up a Navy blue, and painted the engine cowling and wing that I had damaged in that color. New decals, and everything was varnished. Then, tamiya panel liner, and oils would be used to weather the craft, including gun smoke, panel fading, and fuel stains.

This is not a conventional corsair by any stretch of the imagination, but its unique. And for that, I love it.

Thank you so much for reading. Without further adieu, I present my 1/48 F4U-1A "Birdcage" Corsair from Tamiya. 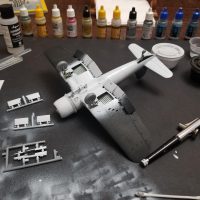 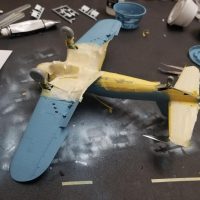 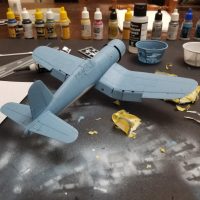 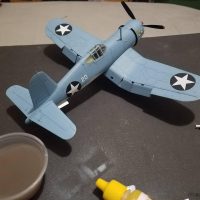 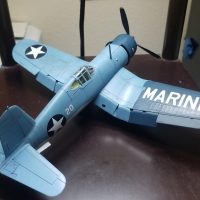 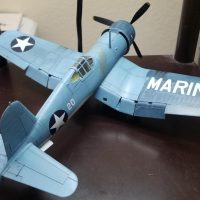 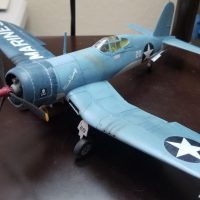 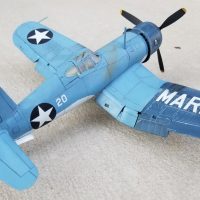 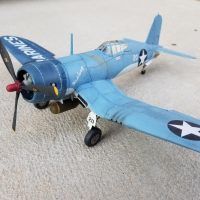 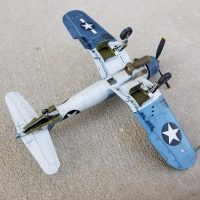 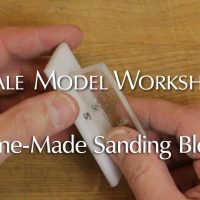 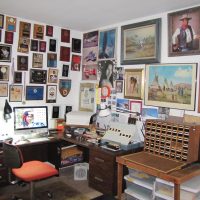 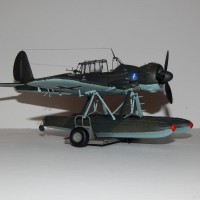