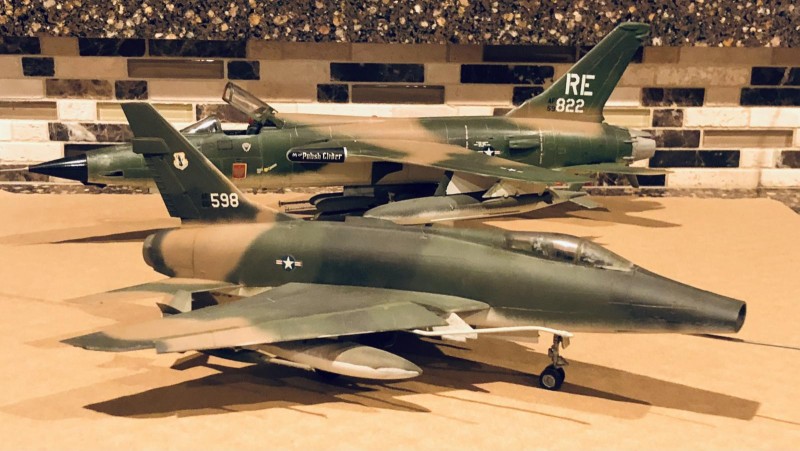 This Monogram F-100D Super Saber is my oldest model airplane . I built it when it first came out in the late 1970s when I was in high school in Monument, Colorado. My Badger Wren airbrush was used to paint it with Polly S paints . I’m sure Testors tube glue was used putting it together.

It has survived over 40 years and several moves almost entirely intact , just missing a little from the long pitot tube, and is a little dusty.

At onetime I had the entire Century Series in 1/48 scale. Now I’m down to just the F-100 & F-105. It would be a worthy quest to find the rest of the Monogram kits to complete the group once again. 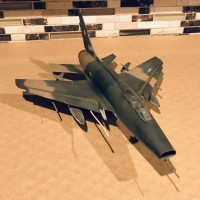 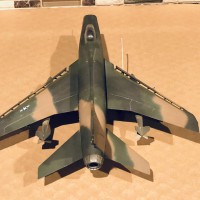 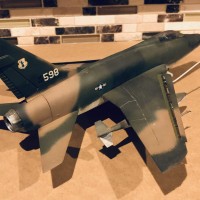 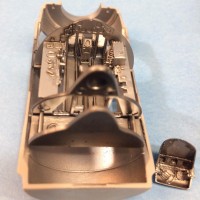 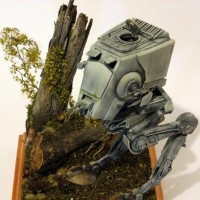 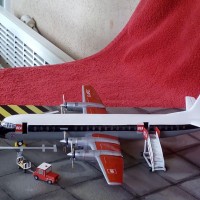