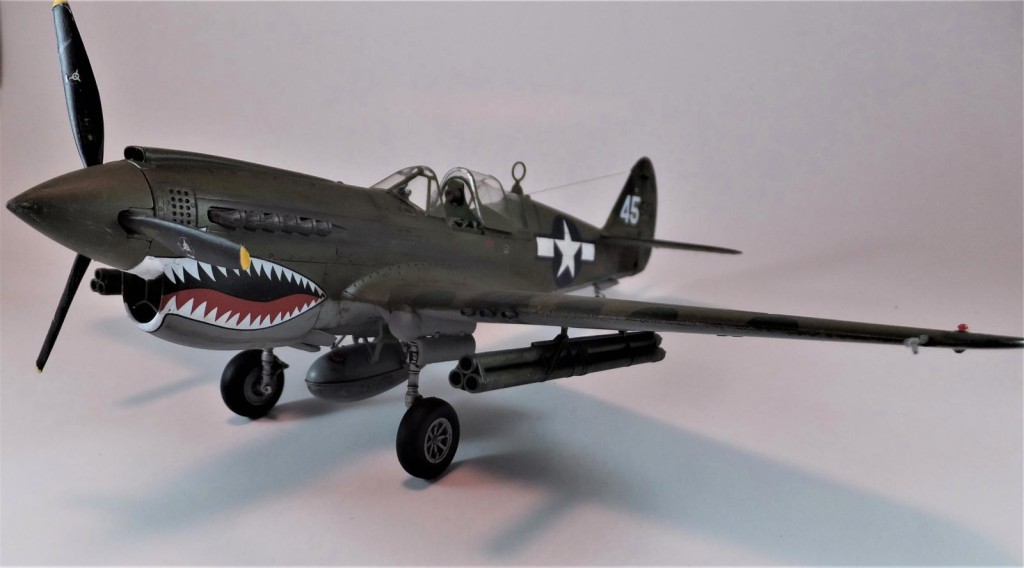 Second one off the bench for 2022, and my 24th P-40 build. I may have a P-40 addiction from which there is no known cure. Just like this old war horse which saw action in just about every theater with most Allied air forces. Consequently, the paint schemes and nose art to replicate is almost endless.

The above model represents a P-40N with the 26th FS, 51st FG which operated in the CBI Theater in WWII. Wanted to build it after I saw the below pic with rockets slung under a P-40N's wing. Apparently, rockets were used quite often with the 51st Group. The kit is a typical Hasegawa P-40, nice detail and of course several plugs you have to attach so Hasegawa can offer several different versions of the P-40 model line, i.e. E,K,M,and N to the best of my knowledge.

Build mostly OOB, but as usual I added an Ultracast seat with molded belts for added detail. Paints were a combination of Model Master enamels and Tamiya acrylics. Decals were a combination of the kits, Fundekals for the stars and bars and Techmod for the 45 number. Got some silvering on the black tail number which of course showed up after the dull coat was sprayed on, on well. Nylon thread was used for the antenna wire and a PittPen to highlight the panel lines. The rockets were spares from a Tamiya P-47. Overall, it was fun to build and now I'll get started on that A-20 that's been gathering dust sitting on my stash shelf. 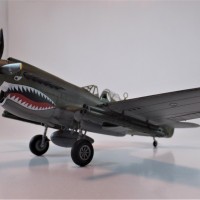 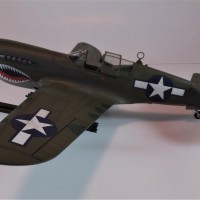 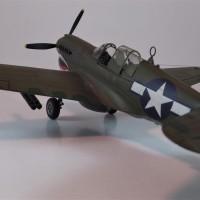 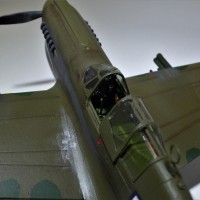 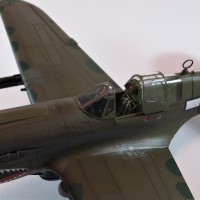 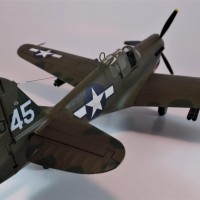 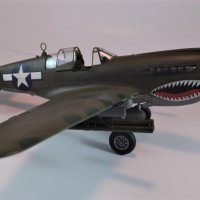 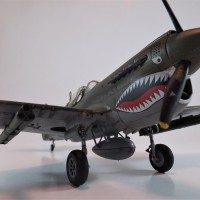 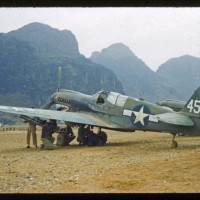 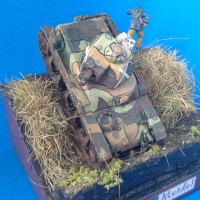 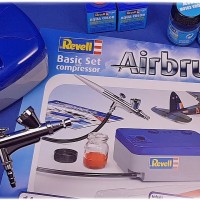 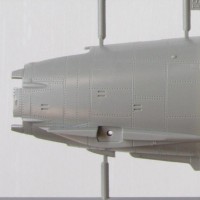