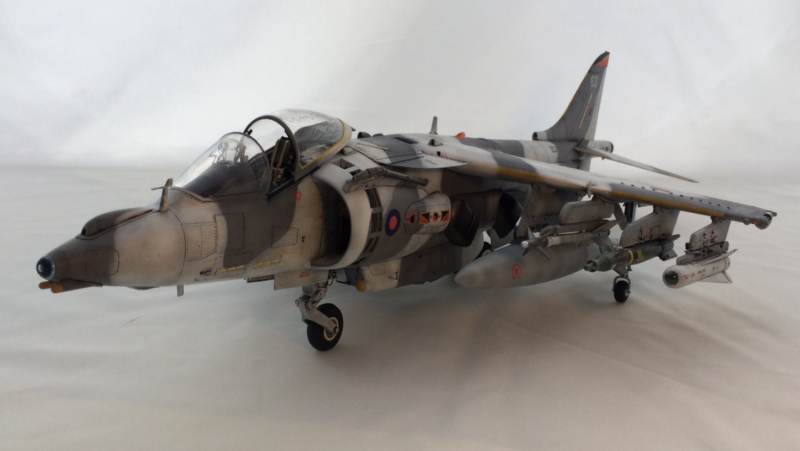 Hi again folks, I’ve finally finished my favourite aircraft of all time! This is the Trumpeter 1/32 kit of the GR-7. The kit was a Xmas present from my parents, not last Xmas, the one before. I wanted to get a bit of practice in first with some other kits before I attempted this one though so I left it in the cupboard for a bit.

I started building the old 1/72 Airfix GR-7 when I was a kid. I remember brush painting it green. It was almost finished, and I was chuffed to bits with how it was coming along. I put it up on top of the tall cabinet out of harms way, but the cat got up there and knocked it off. I remember it being in bits, so I got upset and gave up with it!

The Harrier was unfinished business for me so I’ve had another go in later life. I decided to go for the winter camo scheme rather than the all grey scheme’s suggested by the kit. I googled some pictures of the actual aircraft and also some of the painting instructions from the new Eduard 1/48 Harrier kit to use as references.

I had a few problems with the decals on some of the other Trumpeter kits, but this time they were spot on. I’ve had problems in the past setting decals on top of matt Tamiya acrylics even after copious amounts of clear varnish. I used Mr Hobby paints with this one and it seems to have solved the problem I think.

I used an Eduard photo etch kit for the cockpit and seat belts, but other than that it was built out of the box. I glued a lead fishing weight inside the nose as a ballast, but it seems to have come loose and is rattling around in there now! Hopefully that won’t cause any damage if I don’t touch it too much. When I say touch it, I mean fly it round the living room making the sound effects!

The kit has been criticised on a few occasions for inaccuracies, mainly with the ordinance. I read that Trumpeter have mixed a couple of their kits together to make the GR-7 and the weapons sets are actually from the AV-8B. The missiles also don’t seem to attach anywhere on the rails confirming this. I had to use tiny dots of super glue to attach them, making the final model really fragile.

One interesting fact I read is that the RAF GR-7’s didn’t actually have any cannons in the gun pods! They were left on the aircraft empty though as they provided a good balancing weight for vertical landing. I think they were later replaced with weighted fins.

It wasn’t the easiest kit I’ve built neither, but I think that’s more to do with the actual shape of the aircraft rather than the kit. The front landing gear has to be set in place before you glue the two sides of the nose together, so it was a balancing act at times when painting. There was a bit of putty needed here and there but nothing too drastic, it was still an enjoyable build and I’m happy with the result for my current abilities. It is a shame to see the Harriers out of service now with the RAF. I’m sure the F-35 will be superior in all aspects, but the Harrier will always be my favourite! 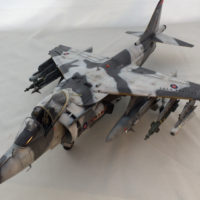 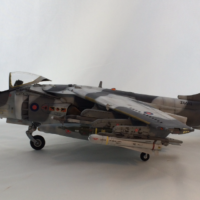 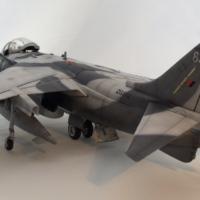 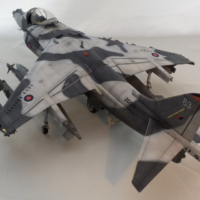 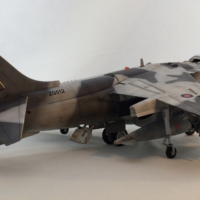 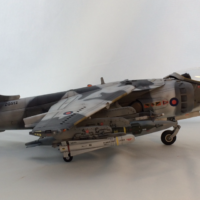 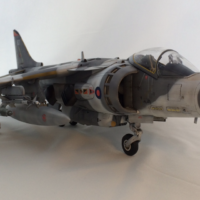 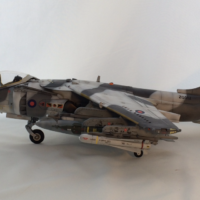 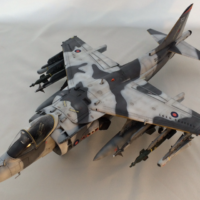 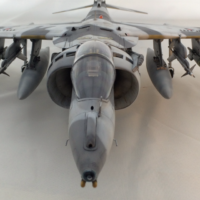 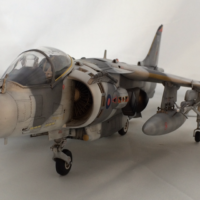 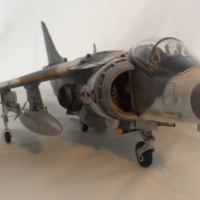 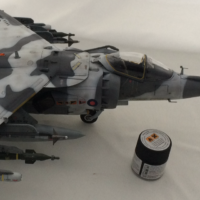 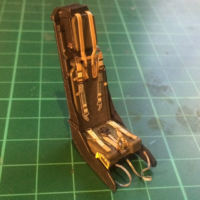 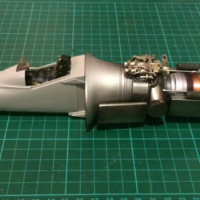 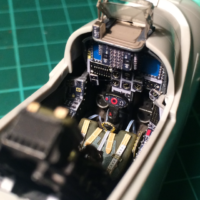 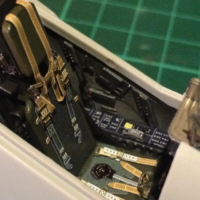 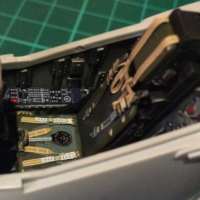 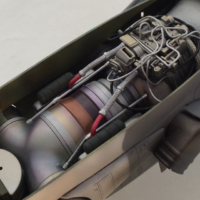 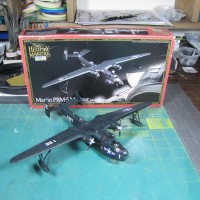 My Other Ocean Water Model. 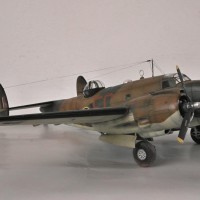 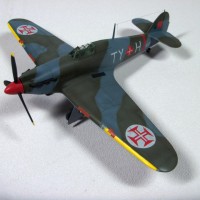 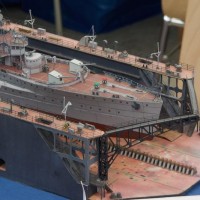