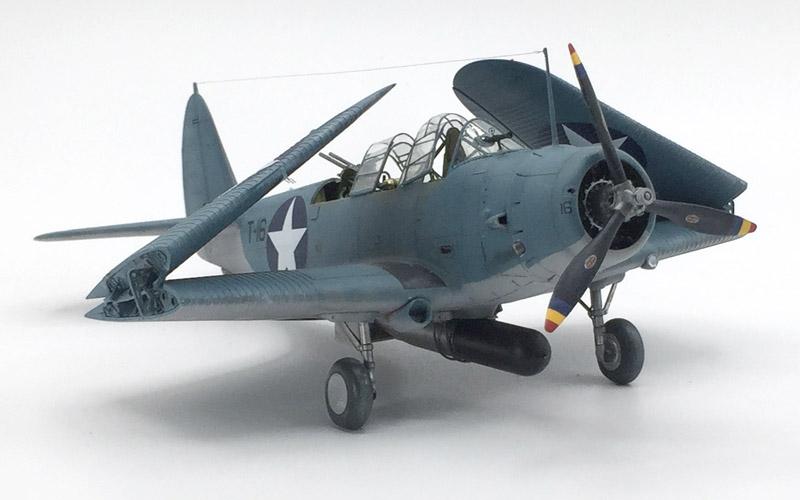 Plenty has been written on these iModeler pages about the history of the Douglas TBD-1 Devastator. Let’s just say that this wasn’t one of Douglas’s finer achievements. All fifteen TBD’s of VT-8 were shot down during the battle of Midway and only one pilot survived. Not because the TBDs were not up to the job, instead the loss was due to poor strategic planning by the higher ups. Read Tom Cleaver's historical commentary in the comment section below. I chose to build TBD T-16 piloted by Lt. Commander John Waldron who led his VT-8 squadron into the thick of it all from the deck of the USS Hornet.

I picked up Great Wall Hobby’s Midway TBD-1 kit several years ago in Hong Kong dirt cheap and finally got around to building it with Monogram’s circa 30 yr old kit alongside. Hands down, this GWH kit is a huge improvement detail wise and pretty much makes the well liked Monogram TBD-1 obsolete. But it’s not an easy build.

The many typos, misnumbered parts and missing info in the GWH’s instruction booklet don’t help either. The kit is somewhat over engineered with several irritating and tiny fragile parts that require due care when removing them from their sprue attachments. A couple of parts were so finicky and minuscule that I didn’t use them. The worst were the two one piece wing fold motor with attached driveshafts. Both ultra thin shafts broke in multiple pieces upon sprue removal (whoops!) and were impossible to repair so I tossed them. I didn’t string the vertical antenna either, because I had already glued the wings in the folded position and did not want to go back and botch things up at the last minute while on the final home stretch.

This GWH boxing does indeed have the correct landing set missing in the initial boxings that everybody was rightfully complaining about early on. The kit PE parts here are not the greatest and feature seat belts and harnesses instead of correct lap belts. There is also issue of the clear canopy parts that are way too thick and are all but useless in the open position. That’s why I decided to go with a vac canopy from Rob-taurus. I used the much better Techmod decals and pilfered a few parts from the Monogram kit but everything else is straight from the box. Acrylic paints are Vallejo for the faded PRU blue and my own mix of Tamiya colors for USN light grey.

The attention to detail and fit of GWH’s Devastator is really superb compared to Monogram so it’s probably the best TBD-1 currently out there in any scale despite a few mistakes, but no kit is perfect. Just know that it’s a slow going, must be careful build.

You can read all the details and avoid the pitfalls I encountered by reading my complete build here my first of 2021.

Enjoy the photos and thanks for looking. 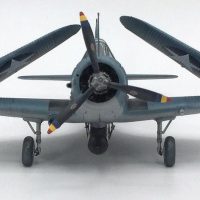 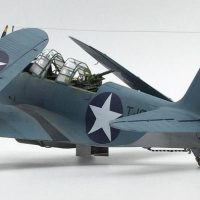 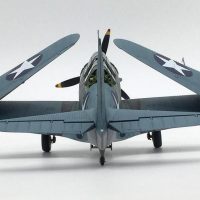 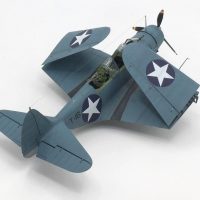 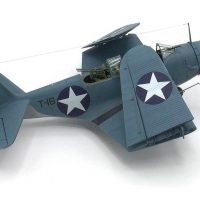 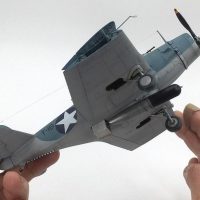 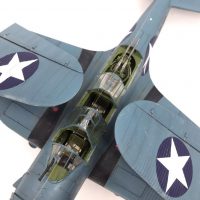 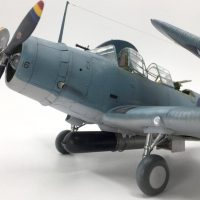 1. kit tires should be fully pressured for carrier landings, not sagged.

2. torpedo pylons not mentioned in kit instructions but included on sprues. 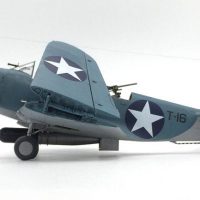 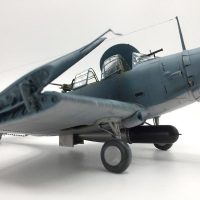 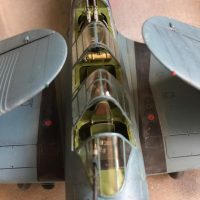 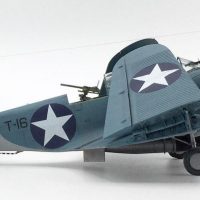 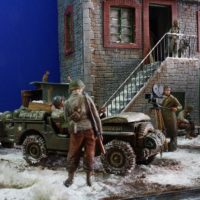 “WHERE IS JOE”
Dirk Derks 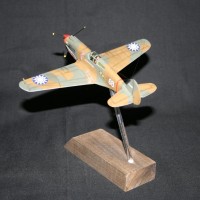 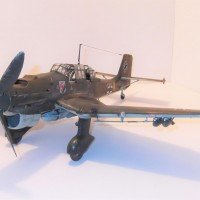 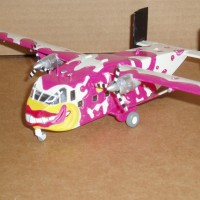