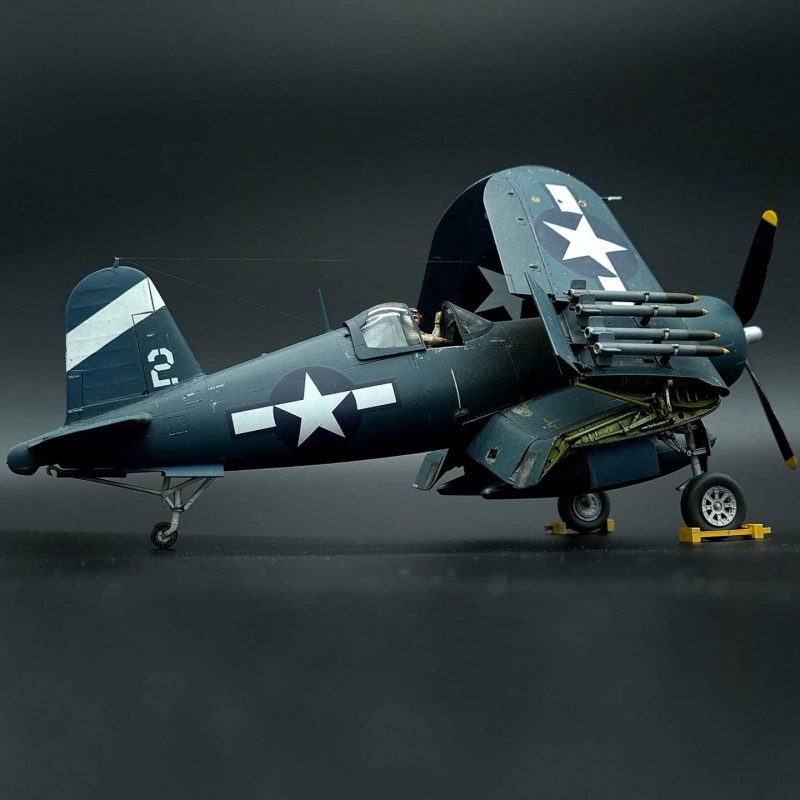 Afternoon folks, here's another older build and another Corsair, this time it was my first attempt at trying to handle the ANA 623 Sea Blue. 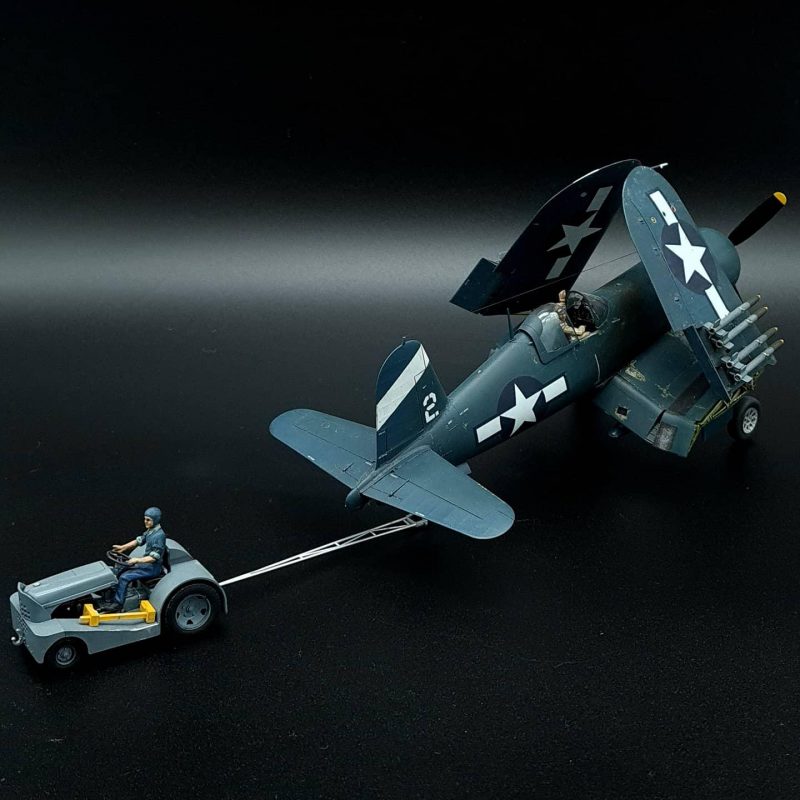 This Corsair was built alongside my previous post, the Birdcage F4U-1, and was started early April last year and took about 3 weeks to do, and 1 week was spent waiting for paints! I sure miss all that freetime lockdown gave me. 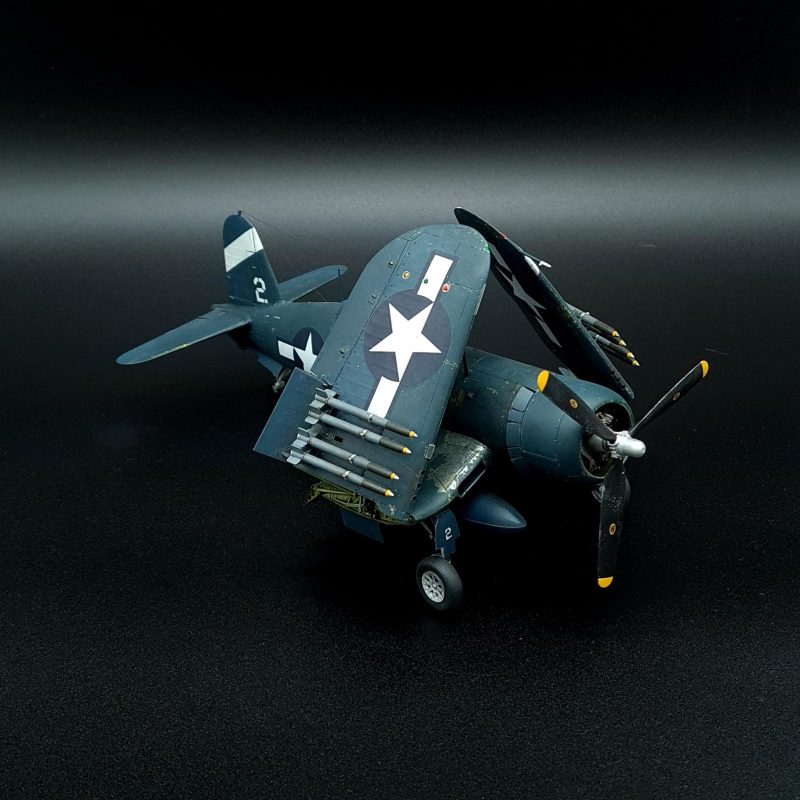 The build was really like any other Corsair, but this particular kit also comes with a nice little moto-tug that can be attached to the plane to either the main undercarriage or the tailwheel depending on what parts you choose, no aftermarket was used apart from an Eduard mask set. One interesting tidbit is that this is the only 1/48 Corsair out of the 5 Tamiya releases that has a clear-backed instrument decal, the other 4 all have instrument decals with a black backing which I find to be the worst option for dealing with a cockpit as it prevents you from painting the panel itself how you'd like. 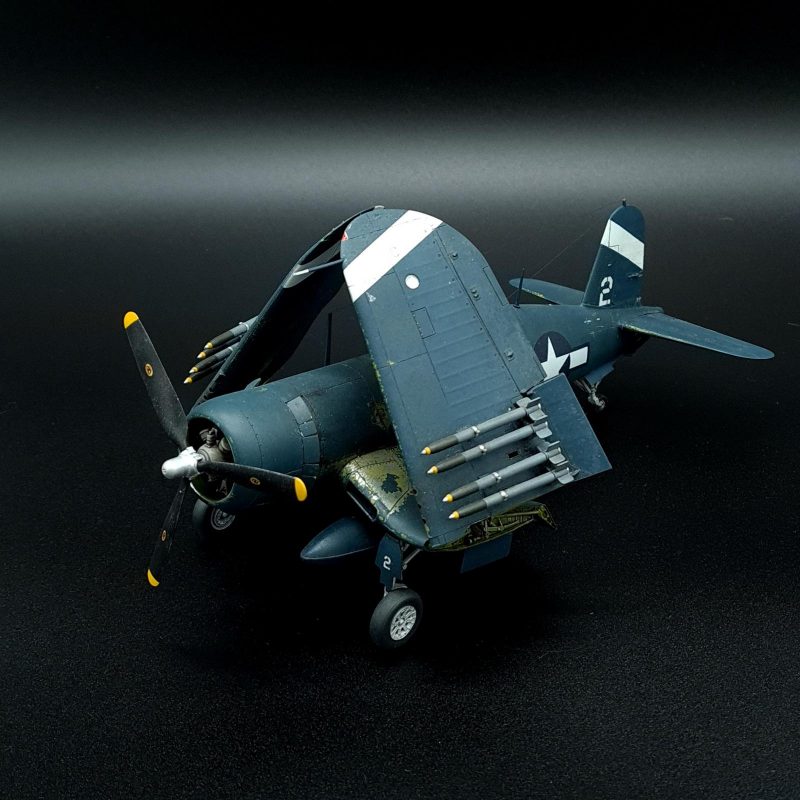 Decals and such was all out of box, though I substituted the white bands for paint. The kit comes with 3 decals but as it's an US F4U-1D there won't be anything other than the single-tone ANA623 Sea Blue, as such the choice is pretty limited and all look very similar. I ended up painting the Sea Blue as the instructions said, and to attempt to weather it I faded the centre slightly lighter, however I clearly didn't do it enough as none of it shows through the Vallejo Satin clear coat. I think my more recent attempts at Sea Blue have come across a lot better (for a pre-1948 Corsair). I also tried salt weathering on this build which also wasn't done heavy enough to be too noticeable, though you can see it a little on the wings. The chipping was handled by painting the entire aircraft in AK Extreme metallic paint, followed by a chipping fluid coat, then XF-4 for Zinc Chromite, followed by another chipping fluid layer and then the final blue. The effect came out quite nicely on this one, perhaps a little too weathered in some areas but it is nice and shiny. 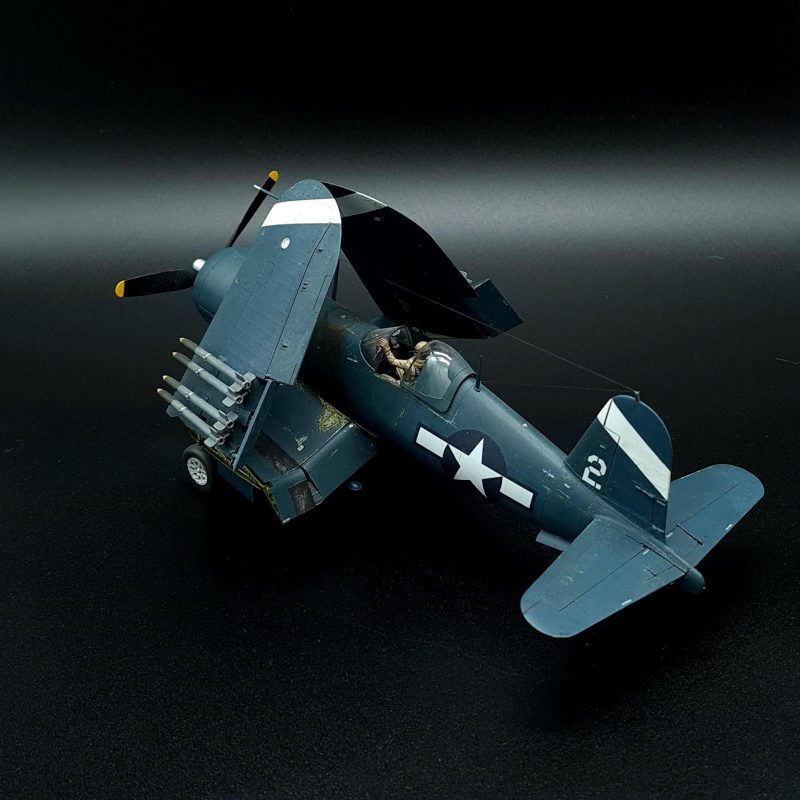 Overall a fun build, can't wait to build another Corsair! 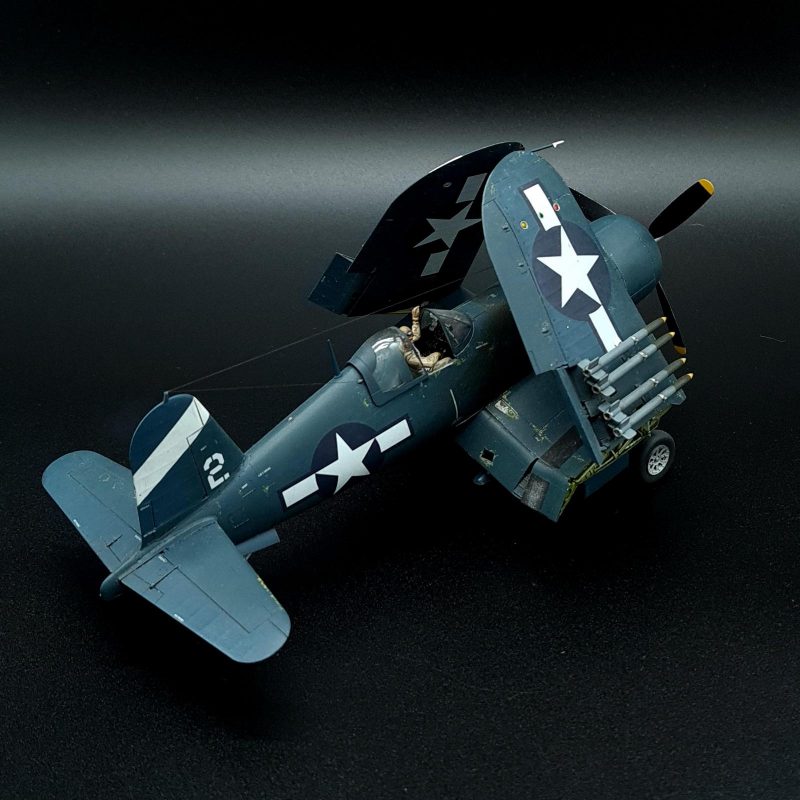 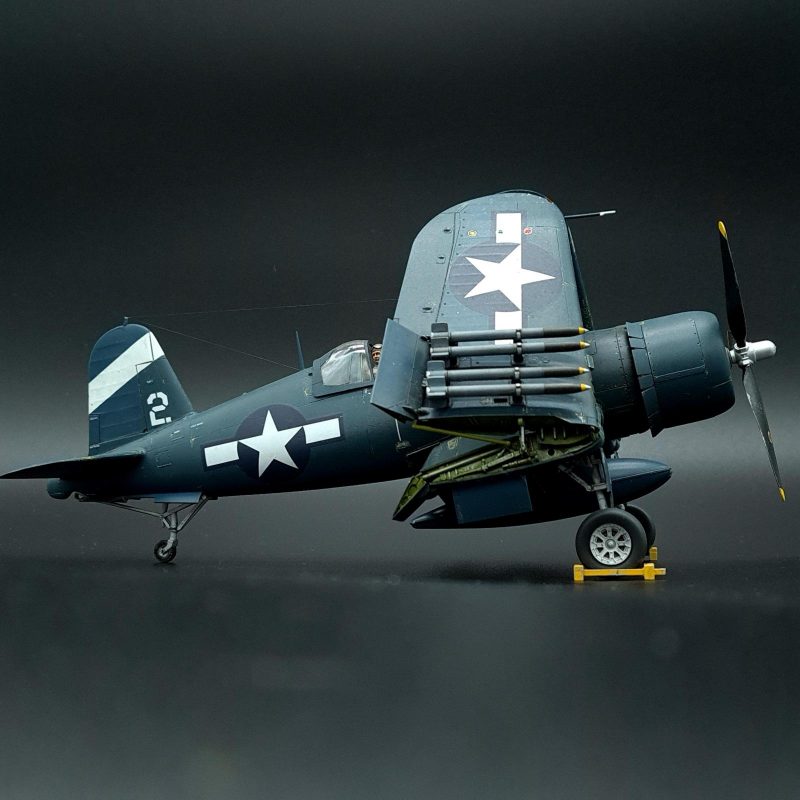 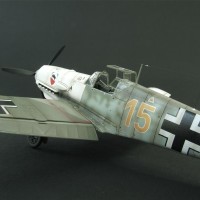 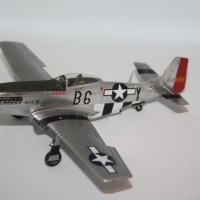 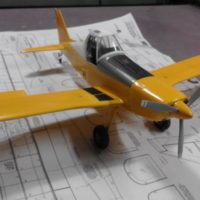 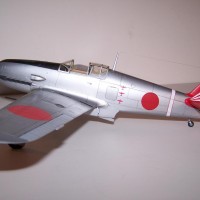