A few months ago, Greg Kittinger @gkittinger invited me to his home where he had a collection of kits someone in his model club had inherited. He kindly gave me the chance to pick some of them I wanted. This Revell 1/32 P-40 is one that I picked out of the approximately 200 kits there in Greg’s garage. 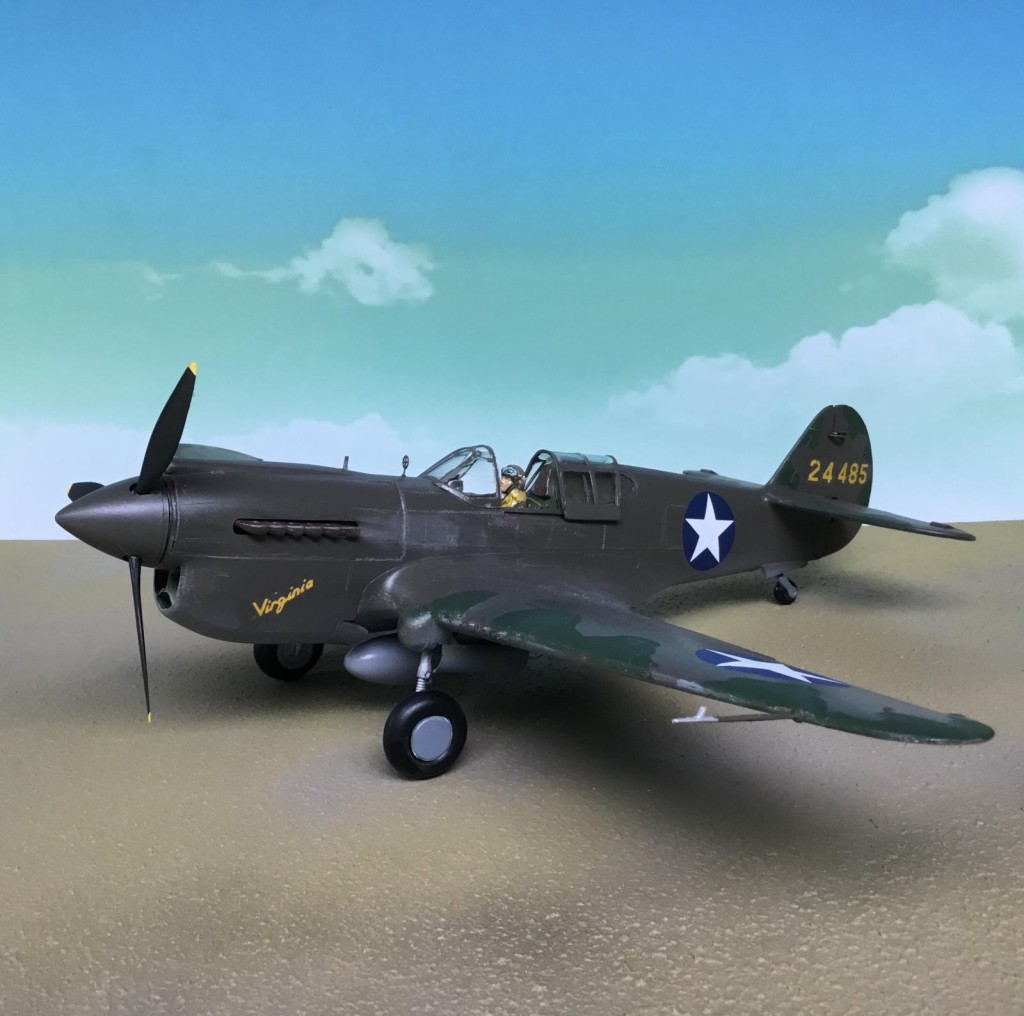 I recently completed it. The box and some of the parts were dated 1980. One of the wheel covers was missing, but it wasn’t much of a trick to make a replacement . I managed to break the drop tank sway braces when trimming them off the sprue & while cleaning off the flash around them .

I had hoped to use the kit decals, but found that after 40+ years they weren’t viable any longer . I could not find any online I was excited enough about to buy. Fortunately I had enough generic decals to cobble together to use on this. I found a photograph of some P-40s in the Aleutian Islands that had one in the back ground that looked similar to the one I built. Most of the decals came from the Revell 1/48 B-17F Memphis Belle kit and were near 20 years old themselves. 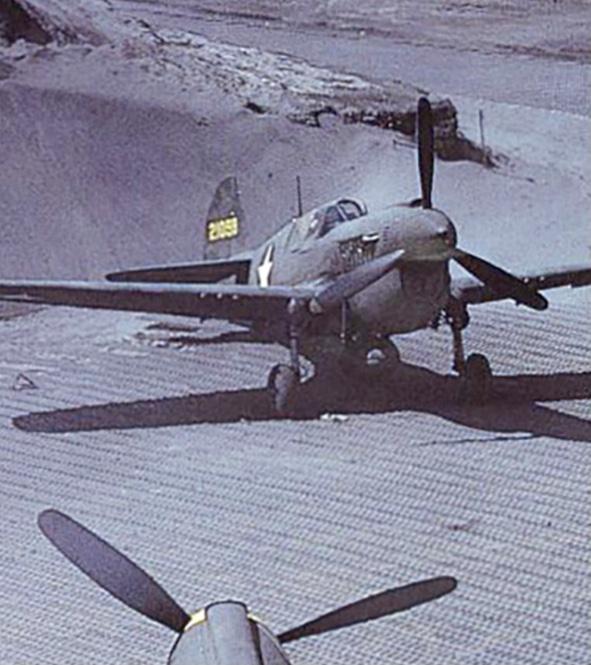 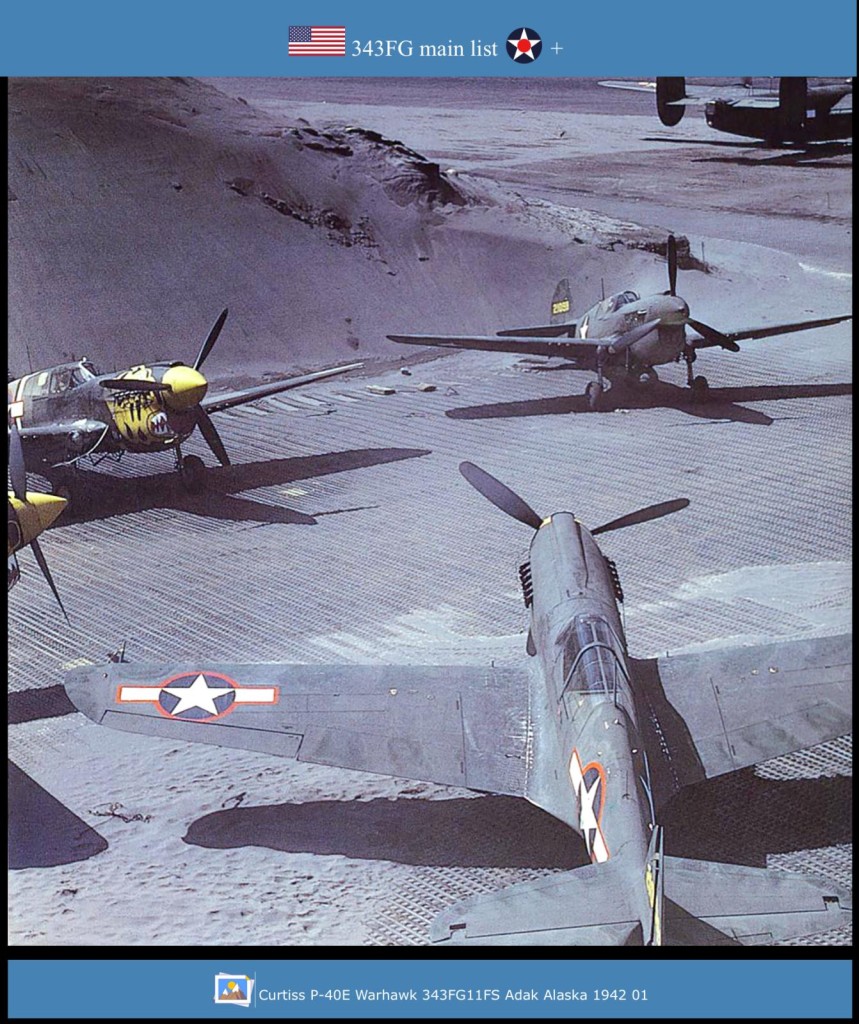 I had thought of painting the spinner & wheel covers yellow, but my intuition told me since the model was painted and completed, it would be difficult to paint the yellow and have it look nice. Not impossible , but I’ve learned over the years to listen to my inner modeller. 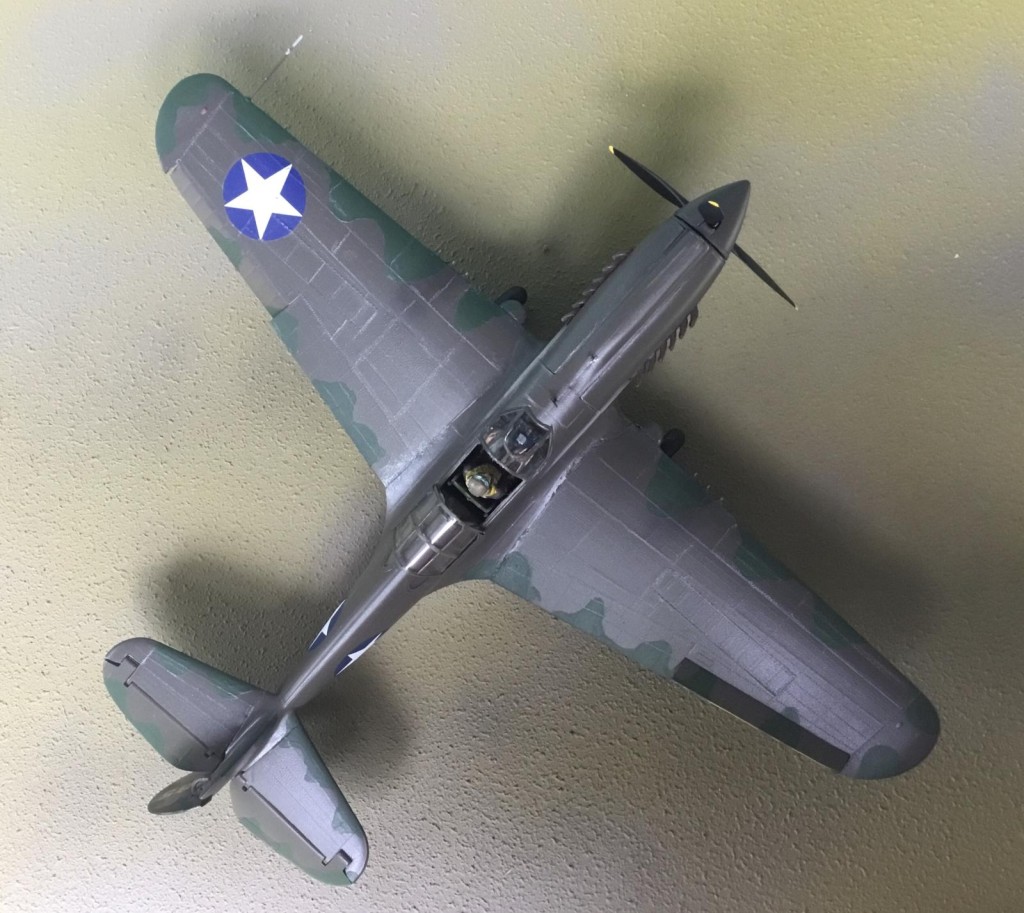 While researching P-40s, I read that early Versions had some canvas wheel well liners installed. They were to keep dirt out of the inner wheel well structure. Apparently they didn’t hold up well, and were eventually done away with entirely in later versions. 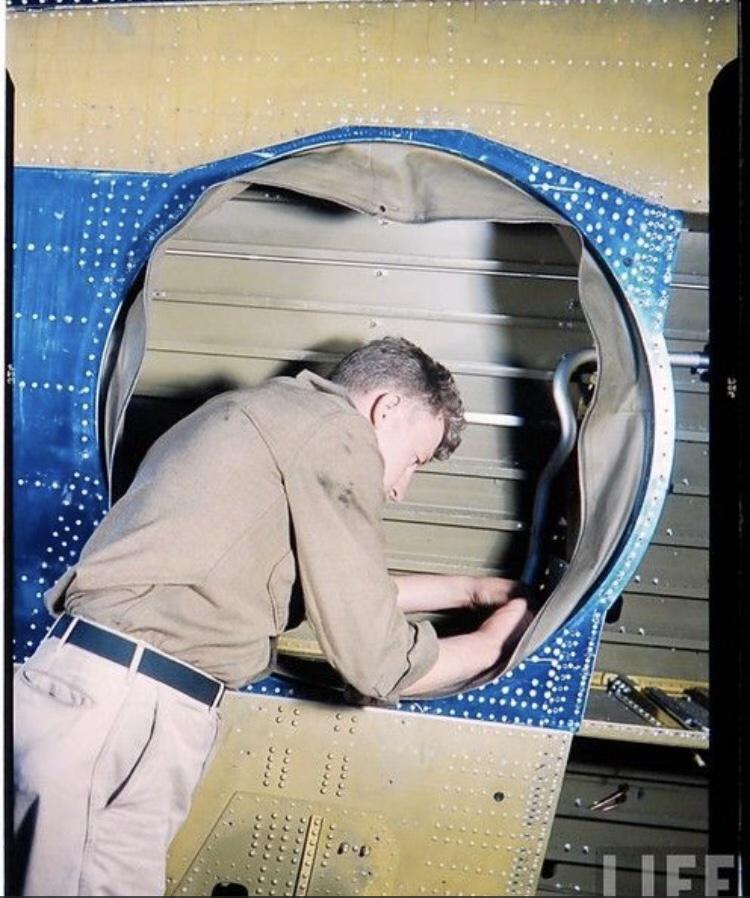 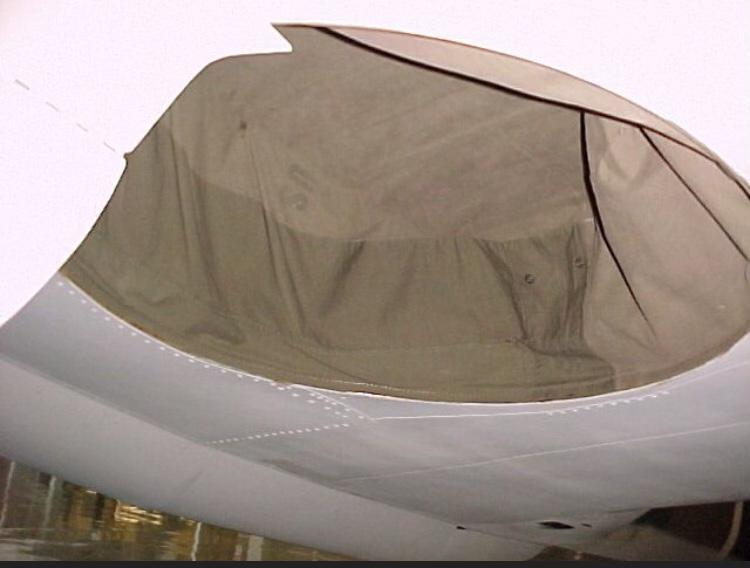 I’m not sure if the E model had them, but I decided to try to portray them in my model. I found that a micro-sol bottle cap fit perfectly in the wheel well. I cut some paper towel in to a small square and soaked it in a water & white glue mixture and wrapped it over the micro-sol cap. After it dried I glued it in with white glue and trimmed off the excess, then painted it. Not totally convincing, but I think it looks ok. 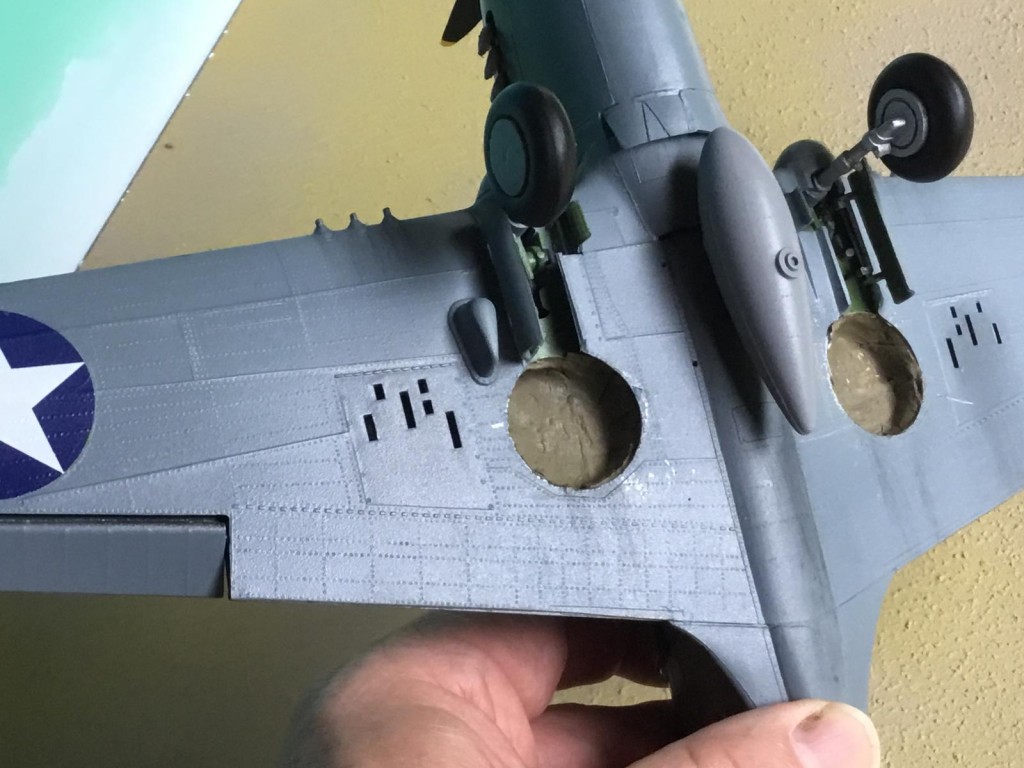 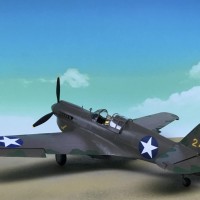 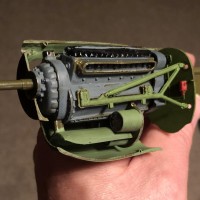 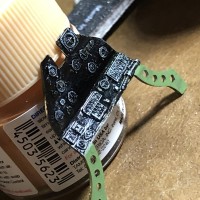 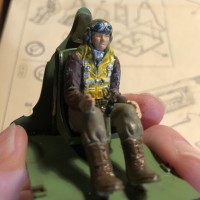 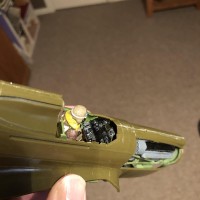 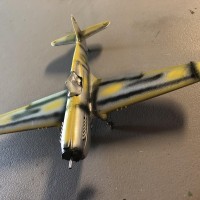 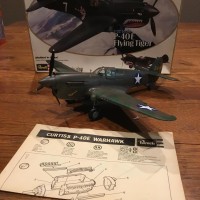 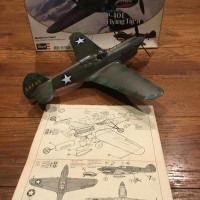 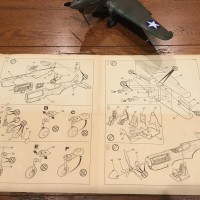 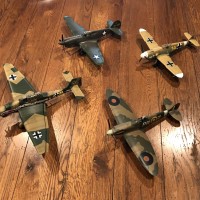 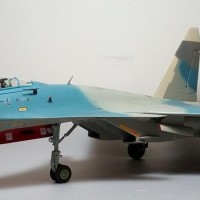 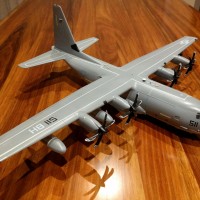 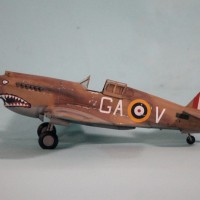 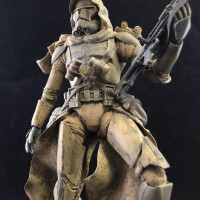